Can Pybus get Bangladesh to perform to potential?

Richard Pybus, the new Bangladesh coach, has an unenviable task on hand. He will be mentoring a team that is among the weaker ones in international cricket, but a side that is on the up following their brave performances in the Asia Cup held at home

Richard Pybus, the new Bangladesh coach, has an unenviable task on hand. He will be mentoring a team that is among the weaker ones in international cricket, but a side that is on the up following their brave performances in the Asia Cup held at home. The sudden loss of Stuart Law, who quit citing the lack of international cricket Bangladesh play, was a big setback for Bangladesh. But they cannot grieve over spoilt milk and have to move on. This is where Pybus will play a significant role. His job will be to build on the gains of Law and take Bangladesh forward. 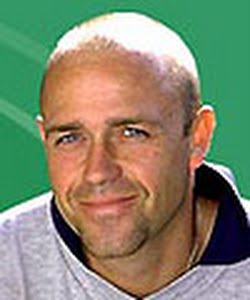 The major challenge for Pybus will be to get the team to perform as a unit. They have been doing it lately, but the results haven’t always been encouraging. In fact, on a number of occasions they lost from match-winning positions because at least half of the players could not back up the rest of the team. This is the significant aspect Bangladesh need to develop on under Pybus if they are to continue with performances similar to the one they came up with in the Asia Cup. Having said that, one should not get overly optimistic and expect to see drastic improvements in the Bangladesh team, for the performance in the four-nation tournament came at home in familiar conditions.

Bangladesh have a few talented players, who also have the experience now to take the country forward and transform them into a potent outfit in international cricket. Their key man is former captain and all-rounder Shakib Al Hasan, who has led Bangladesh admirably with both bat and all despite not being the captain in charge. In fact, had Shakib played in a stronger team, most of his performancesmight well have ended up as match-winning ones. Credit to Shakib not losing heart and keeping his standards high in spite of a number of his performances going in vain.

Pybus would look for a lot of support from Shakib as he looks to take the team forward. However, the contribution of other seniors would be equally crucial. Opening Tamim Iqbal had a wonderful Asia Cup, and that after he was drafted into the side at the last moment. Pybus will be keen to have more men like Iqbal around, who are willing to turn obstacles into opportunities.

Having said that, no team is complete without the backing of the leader. Mushfiqur Rahim has been impressive ever since taking over. Even when the team hasn’t been winning, he has remained positive, with the bat, in the field, and behind the stumps. This is a quality that can go some way in making Rahim a decent skipper.

Pybus has limited resources at his disposal. However, he has men who have the right attitude and requisite talent to transform the team’s fortunes.