With the series surprisingly tied 1-1 courtesy Ben Stokes' Headingley miracle, England would now want to stay alive with another victory at Old Trafford.

With the series surprisingly tied 1-1 courtesy Ben Stokes' Headingley miracle, England would now want to stay alive with another victory at Old Trafford. Aussies, on the other hand, bolstered by the return of Steve Smith, will be keen to get back to winning ways.

The only reason Ashes 2019 is still alive because of Ben Stokes. England had no right being in this position after that abysmal 67 not out in the first innings at Headingley. However, Stokes refused to give up, and his faith and incredible never-say-die attitude has made even the Aussies stand up and admire a genius.

Despite Stokes' great appetite for victory, it is difficult for England to push for another win without contributions from the rest. The hosts know it and have made a few changes in the hope that they can set the wrongs right.

England have brought in Craig Overton for Chris Woakes for the fourth Test. It remains to be seen what kind of impact the change has on the game and the series. Also, the think-tank have decided that Joe Denly, who has some runs, will move up the other to open with Rory Burns while the struggling Jason Roy will be pushed down to number four. 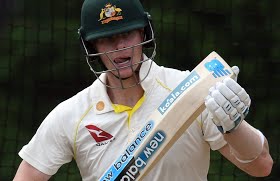 The English of course had the option of dropping Roy. However, the lack of choices as well as the fact that they know Roy can also prove dangerous in this format tilted the scales in the World Cup hero's favour. Further, the likes of James Vince have been given numerous opportunities but have constantly failed.

It has been a few days since the Headingley shocker, but Australia might still be reeling under the impact of that come-from-nowhere victory by England. The biggest good news for Australia is of course the return of Steve Smith after suffering from concussion during the second Test at Lord's, as a result of which he had to sit out of Headingley.

Smith made a sensational comeback to Test cricket with twin hundreds in the opening Test following by a 92 at Lord's despite a sickening blow to the neck. He would be keen to continue from where he left off at Lord's.

Like England with Stokes though, Australia cannot depend completely on Smith. They have been blessed with the fact Marnus Labuschagne stepped up in brilliant fashion once Smith was ruled out at Lord's. It was only fair that he was chosen over Usman Khawaja for the fourth Test.

Tim Paine has been doing a commendable job as captain but some runs from him will really help his case to retain his place in the team for a longer duration. David Warner will be desperate to show some consistency having got some runs under his belt. In the bowling department, Australia will be toying with the idea of picking one between Peter Siddle and Mitchell Starc.