Centurion ODI: The match in statistics

South Africa defeated England by seven wickets in the third one-dayer at SuperSport Park in Centurion to stay alive in the series. Here’s a look at the match in numbers

South Africa defeated England by seven wickets in the third one-dayer at SuperSport Park in Centurion to stay alive in the series. Here’s a look at the match in numbers. 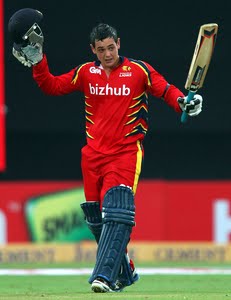 South Africa’s chase of 319 against England is the third highest ever by the hosts. The earlier two successful chases by the Proteas were 435 and 328 against the Aussies.

With yet another hundred, Quinton de Kock became the quickest player to reach the milestone of 10 one-day centuries. He needed only 55 innings to get there. The previous record was held by another South African Hashim Amla, who got there in 57 innings.

In terms of age as well, de Kock is now the youngest to the landmark of 10 ODI tons. De Kock was 23 years and 54 days when he reached the mark. He beat the earlier record set by Virat Kohli, who got there when he was 23 years and 129 days.

Chasing 319, the South African openers de Kock and Amla added a massive 239 in 36.5 overs. This is South Africa’s second highest partnership ever in ODIs, after the 247 Amla and Rilee Rossouw added against West Indies at Johannesburg in January 2015. Further, this is the highest ever stand for South Africa while chasing.

While de Kock scored 135 in the series, Amla made 127. This is the first ever instance in one-dayers where both openers scored 125 plus in a chase.

Amla’s century on Tuesday was his 22nd in one-dayers. With his latest ton, he has joined other big names likes Sourav Ganguly, Chris Gayle and Tillakaratne Dilshan. Among batsmen who have scored 22 or more centuries, Amla got there quickest, in 126 innings, again beating Kohli, who needed 143 visits to the crease.

For England, Joe Root made 125 runs in the match at Centurion. This is now the highest one-day score for England against South Africa. The earlier highest was 116 by Kevin Pietersen.

England wicket-keeper Jos Buttler’s short but stunning gold run came to an end when he was dismissed for a duck in this game. His recent ODI scores before this were 116 not out, 105 and 48 not out.

Root now has seven one-day hundreds to his name. Only three England batsmen have registered more tons than Root. Marcus Trescothick remains on the top of the list with 12, followed by Pietersen (9) and Graham Gooch (8). David Gower and Eoin Morgan are tied with Root at seven each.

The Centurion ODI was only the second time in one-day history when three batsmen scored 125 or more runs. The last time this occurred was in a one-day match between South Africa and West Indies at Johannesburg in January 2015.

England spinner Adil Rashid was the only bowler across the two teams who went for under five runs an over. He conceded 45 runs in his 10 overs.