Kuldeep Sen and Umran Malik have been ruled out from the ICC T20 World Cup event in Australia due to visa issues. BCCI has replaced the two with Mohammed Shami and Mohammed Siraj.

Team India flew to Australia on October 5 and the two, who are not in the 15-member squad and standbys, were asked to stay back in the Mumbai hotel with the hope to get the visas soon.

Fast bowlers Kuldeep Sen and Umran Malik were set to travel with Team India as net bowlers during the multi-nation event. The two impressed BCCI in the recent Indian Premier League (IPL). His bowling speed touched the speed of 157 kmph-mark. Following the visa issues, they will now be seen featuring in their respective states.

Umran Malik is from Jammu and Kashmir while Kuldeep Sen is from Madhya Pradesh. They will be participating in the ongoing Syed Mushtaq Ali Trophy, which is a domestic T20 cricket championship in the country and organized by BCCI. A total of 38 teams are featured including Railways, Services and Saurashtra apart from the state teams. 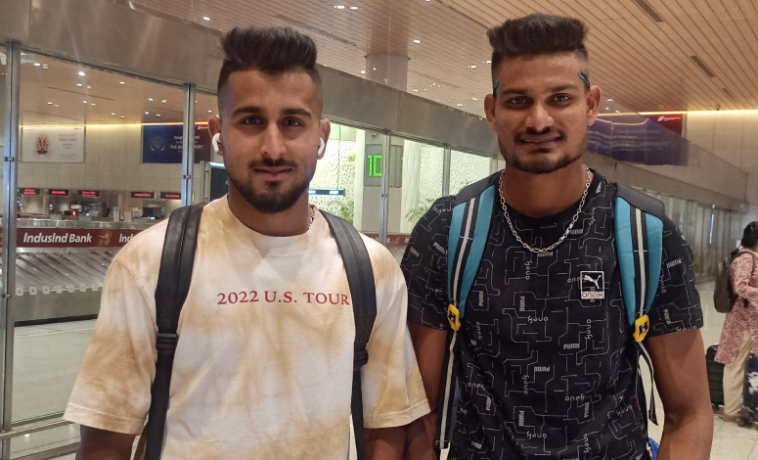 BCCI official said, “They won’t be going anymore as ICC will be providing net bowlers after October 17. Anyway, other net bowlers will be flying in a few days. We tried for their visas but couldn’t get it done on time. That’s why they have been asked to play Syed Mushtaq Ali Trophy.”

Mukesh Chaudhary and Chetan Sakariya are the other two pacers selected to accompany the squad along with Umran Malik and Kuldeep Sen. The two have traveled to Perth on the scheduled date with the team as their visas were applied under the exchange programme initially and have successfully been granted.

Earlier, former Australian speedster Brett Lee commented that Umran Malik should have been part of the squad. Umran Malik bowls at the speed of 150 km per hour.

Lee stated to Khaleej Times, “I mean, when you have the best car in the world, and you leave it in the garage, what’s the point of having that car?”

Meanwhile, Shardul Thakur has been added to the list to fly to Australia with Umran Malik and Kuldeep Sen. He is replacing injured Deepak Chahar. Ravi Bishnoi and Shreyas Iyer too will be staying back.

The ICC Men's T20 World Cup is scheduled to be played from October 16 to November 13 in Australia. This is the eighth edition of the multi-nation tournament, which was first held in 2007. Australia is the defending champion while New Zealand is the runner-up.

A total of sixteen national teams will be playing in 45 matches across various venues including Adelaide Oval in Adelaide, Kardinia Park in Geelong, The Gabba in Brisbane, Bellerive Oval in Hobart, Sydney Cricket Ground in Sydney, Melbourne Cricket Ground in Melbourne and Perth Stadium in Perth.