The last time India met Australia in a one-day international, a rather familiar script played out.

The last time India met Australia in a one-day international, a rather familiar script played out. The occasion was significant as it was the World Cup semi-final. India's nemesis throughout the tour, Steven Smith, once again proved to be the thorn in their path as the defending champions were blown away. Plenty of water has flown under the bridge in a relatively short span of around 10 months. Michael Clarke and Mitchell Johnson have retired, Mitchell Starc is injured while Smith has taken over the reins of captaincy. Irrespective of the changes, Australia remain favourites as the series kicks off in Perth. 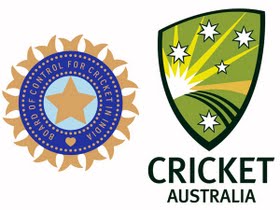 Whether home or away, Australia have held the upper hand over the Indians constantly in the one-dayers. And not much is expected to change even when one considers the fact that the hosts have already announced their playing eleven with two debutants. This confidence stems from Australia's own self-belief as it does from the lack of options at the visitors' disposal. Speaking of the debutants, fast bowlers Joel Paris and Scott Boland will be seen in Australian colours for the first time. While it will be a challenge for the duo, especially against the Indian top and middle order, they will be bolstered by the opponent's poor record against newcomers.

Australia's last two assignments have been Test contests against New Zealand and West Indies, both of which they won comfortably. But, they are one side that don't seem to have too many hassles shifting formats. So, they shouldn't be all that worried about not having played ODIs recently. It will help for continuity's sake that their leader will be the same. While having different captains for different formats has become the norm of sorts, sometimes it is good to have consistency across formats, as players don't have the additional task of adapting to a separate leader along with a change in format.

Even as the Aussies would be hoping that the debutants make a mark, the tried-and-tested players will also want to make an impression against the side they might as well consider their punching bag. David Warner, for one, would be keen for a big score. He has been in excellent form across formats recently, but has not always converted those into big scores. Against an attack devoid of Mohammed Shami and Mohit Sharma, Warner will be confident of performing well. Aaron Finch, Glenn Maxwell and George Bailey, all have tasted success against India.

In James Faulkner, Australia have what India do not -- an all-rounder who can turn a game with both bat and ball. Faulkner is a seasoned customer so Australia will be expecting him to perform. As mentioned earlier, the home team are handing out debuts to two fast bowlers, in Paris and Boland. The bowling thus looks weak on paper. With Johnson gone and Starc injured, Josh Hazelwood, only a few international games old, finds himself thrust into the role of lead paceman. He has tasted success against India so will be raring to go. Even with a slightly new-look squad, the Aussies are expected to put it across India. They are, after all, the world champions.