England pulled off a tremendous fightback in the First Test at Dubai by reducing Pakistan to 288 for 7 in 104.3 overs by the close of play on Day 2. The pitch was very flat and the English bowlers looked ineffective but a defensive approach from the Pakistanis allowed them to stay in the game. Pakistan at the close of Day 2 are leading by only 96 runs with three wickets in hand. There is not a single specialist batsman left for the Pakistanis to stretch the lead to any distance.

After Tea, it was the second new ball which provided a breakthrough with Asad Shafiq (16) nicking a perfect Anderson outswinger to the diving Matt Prior. A nice partnership between Misbah-ul-Haq and Wicket Keeper Asad Shafiq almost saw Pakistan through until a dramatic twist late in the day. A defensive Misbah-ul-Haq (52 from 154 balls with 5 fours) padded up to a flat delivery from Swann and survived an lbw appeal from Billy Bowden. England dared to take a review and successfully got the decision turned in their favour with replays showing that the ball was going to hit the leg stump.

Pakistan’s night watchman – the left-handed Abdur Rehman lasted only three balls before he got his off stump smacked by an Anderson delivery in the final over of the day’s play. 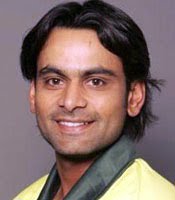 Tea Break Update : Pakistan are 213 for 4 in 72 overs at Tea on Day 2 with a lead of 21 runs. The afternoon session saw Pakistan losing the two set batsmen – Mohammad Hafeez and Younus Khan. First to go was Mohammad Hafeez (88 from 164 balls with 11 fours and a six) when he tried out a predetermined paddle sweep but only to miss a full delivery from Swann to get lbw. Younus Khan fell for 37 (from 87 balls with 4 fours) to an innocuous inswinger from Jonathan Trott which got him lbw.

Lunch Break : Pakistan went to Lunch on Day 2 with another 54 runs deficit to erase with 8 wickets in hand. The Pakistanis despite losing two quick wickets are nicely placed at 138 for 2 in 43 overs. Mohammad Hafeez is leading the way with an unbeaten 70 from 127 balls with 10 fours. With him is Younus Khan who is on 6*.

Apart from Taufeeq Umar, the other batsman to get dismissed this morning was Azhar Ali (1) who was caught behind by Prior off Stuart Broad. It was a similar delivery that got the wicket of Taufeeq Umar, a length delivery that was angled in but swung away late to take a thin edge.

Update : Taufeeq Umar has been dismissed by a brilliant delivery from Stuart Broad which angled in but held its line to square him up and hit the off stump. Taufeeq Umar scored 58 from 113 balls with 10 fours in an opening stand of 114 for Pakistan with Mohammd Hafeez.

Update : Pakistan are in a strong position in the First Test with the two opening batsmen – Mohammad Hafeez and Taufeeq Umar into an unbeaten century stand. Yesterday, Saeed Ajmal claimed 7 wickets as England folded to 192 all out having won the toss and electing to bat first. Both the Pakistani openers have got past their respective half-centuries.