Chennai will host Delhi in match number 50 of the Indian T20 at the MA Chidambaram Stadium on Wednesday. Both Chennai and Delhi have qualified for the playoffs

Chennai will host Delhi in match number 50 of the Indian T20 at the MA Chidambaram Stadium on Wednesday. Both Chennai and Delhi have qualified for the playoffs so it would be matter trying to polish off things and seek a higher ranking in the points table.

Delhi qualified for the playoffs for the first time in seven years when they knocked out Bangalore following a 16-run victory on Sunday. After a hesitant start, Delhi has lifted themselves rather well, and have been very well led by a young skipper in Shreyas Iyer. The all-round effort is what has stood out in Indian T20. 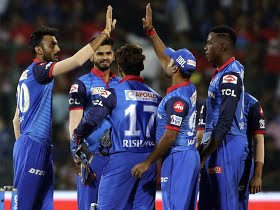 The batting has been led by the experienced Shikhar Dhawan while there has been very good support from Prithvi Shaw, Iyer and Rishabh Pant himself. In the bowling, Kagiso Rabada has led the way admirably while Sandeep Lamichhane has displayed his talent in phases.

In contrast, while Chennai were actually the first team to qualify for the playoffs, they haven't quite had their ruthless edge this season. In fact, they have been heavily dependent on skipper MS Dhoni. In the two games that he has sat out, they have looked completely out of shape. Shane Watson's return to form is one good news for sure.

What has hurt Chennai most this season has been the lack of match-winning performances from their big names. Suresh Raina, Dwayne Bravo and even Ambati Rayudu for that matter. So while they would want Dhoni to regain fitness, it is also important for the other match-winners to stand up. Chennai would take confidence from the fact that they overcame Delhi last time the teams met.