England’s Jonny Bairstow surprised many with his painstaking 95 at Lord’s. Coming in as a replacement for the sacked Kevin Pietersen, Bairstow was expected to be the weak link in the English batting line-up, along with James Taylor.

England’s Jonny Bairstow surprised many with his painstaking 95 at Lord’s. Coming in as a replacement for the sacked Kevin Pietersen, Bairstow was expected to be the weak link in the English batting line-up, along with James Taylor. However, the youngster came up with a doughty knock, which kept England in the Lord’s Test following a top-order collapse. Although he didn’t get a century and England may still go on to lose the Test, Bairstow’s knock will be remembered among the most fighting efforts in recent times at the hallowed venue. Here’s a look at impressive innings that have played out at the mecca of cricket in the last two decades.

England won the game comprehensively thanks to a double hundred by Kevin Pietersen, and a ton by Matt Prior. However, Dravid waged a lone battle for India, and it was his painstaking century that helped India avoid the follow-on in the Test. On a disastrous tour, Dravid was India’s only bright spot. He has missed out on a ton on debut on Lord’s, falling for 95, the same score as Bairstow’s. In his last Test at the historic venue, he made amends. In typical Dravidesque fashion, the Bangalorean batted for 330 minutes, to keep India’s hopes in the Test alive.

He did not have a cherished international career, but Key has the distinction of scoring a double hundred at Lord’s. In the game against West Indies, the England number three batted for 426 minutes, and faced 288 balls. His aggressive knock featured 31 hits to the fence as England amassed 568 in their first innings. Key’s marathon was instrumental in leading the hosts to a 210-run win. 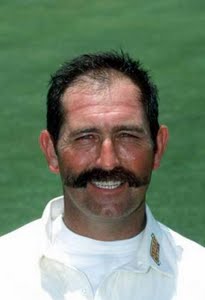 This is a Test no Indian would like to be reminded of. Mohammad Azharuddin sent England in after winning the toss. Gooch was famously (infamously for India) dropped on 33, and went on to add another 300 runs to his tally. England mounted a score of 653 in their first innings; India just about managed to save the follow-on thanks to Kapil Dev’s heroics. Gooch tormented the Indians again, with a century in the second innings, and the Indians were completely exhausted by the time they batted a second time. England cruised to a massive 247-run win.

In spite of having amassed 277 in the first Test at Edgbaston, the rookie South African skipper was hungry for more. At Lord’s, he responded with another double century, after the hosts were rolled over for 173 in their first innings. Despite a fighting century from Andrew Flintoff in England’s second innings, South Africa eased to an innings victory, buoyed by Smith’s brilliance.

This isn’t among the most remembered knocks, but that doesn’t dilute the quality of the innings. In a high-scoring draw, Atapattu set the tone with his century, which lasted for 492 minutes and 351 balls. Sri Lanka registered 555 in the first innings, which was enough for them to play out a draw even though England replied with 529 following-on.