Failure of IPL teams in CLT20 an eye opener

When Mumbai Indians claimed the CLT20 crown last year, and Chennai Super Kings did the same prior to that, it was an indication that India’s T20 fortunes were on the rise thanks to the Indian Premier League (IPL).

When Mumbai Indians claimed the CLT20 crown last year, and Chennai Super Kings did the same prior to that, it was an indication that India’s T20 fortunes were on the rise thanks to the Indian Premier League (IPL). However, the ouster of three out of four teams from India from this year’s Champions League, preceded by their failure in the World T20 that was held recently in Sri Lanka, tells a completely different tale. The IPL was supposed to make India the strongest T20 side in the world, but from what has been on show in the recent past, that clearly hasn’t been the case. 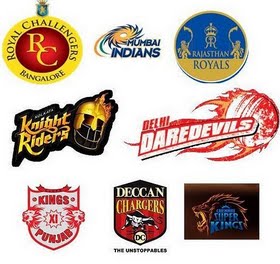 The failure of IPL teams in this year’s CLT20 has had more to do with their inability to adapt to the tough conditions. Mumbai Indians, Chennai Super Kings as well as Kolkata Knight Riders all haven’t been able to gauge the surfaces at all, and most of the Indian players from these sides have been found wanting in the games they featured in. This raises serious questions about the quality of cricket that is being played in the IPL. Is it really as high-class as it is being made out to be?

If indeed IPL had been producing quality cricketers, the same would have been evident in South Africa, where the challenge to succeed is much higher than that in benign conditions in India. The fact that it hasn’t been the case reiterates that, like in Tests and ODIs, Indians continue struggle when the conditions become tough for survival even if it is the shortest format of the game. They were extremely poor in the T20 editions held in England and West Indies in 2009 and 2010. Even in Sri Lanka, where surfaces were similar to those back in India, M S Dhoni’s men failed, which doesn’t augur well for the India’s T20 future.

The only IPL team that has progressed to the semi-finals has been Delhi Daredevils. And they have made it through purely on the basis of the strength in their bowling. In Morne Morkel, Ajit Agarkar and Umesh Yadav, they possess three pacers who can bang the ball in and have received adequate rewards for the same. Even Irfan Pathan, who has been willing to let the ball swing, has excelled, giving the Daredevils a significant advantage over the rest of teams, and that has shown in the results.

The disappointments of the CLT20 have made it clear that if India want to improve their pathetic T20 record, they need to concentrate more on playing international clashes against top nations like Australia, South Africa, and not cram their schedule with domestic tournaments like the IPL or the CLT20. If M S Dhoni and his men want to do well in the next edition of the World T20, they need to begin preparations now. And that calls for a significant shift in mindset, from club matches to international clashes.