India A were exceptionally brilliant all-round in the first Test

Although India A’s victory in the tri-series involving Australia A and South Africa A was somewhat surprising considering their poor record in South Africa, it was still a bit understandable looking at their ever-improving record in one-dayers across the world. 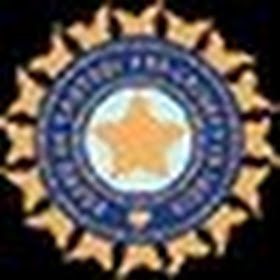 Although India A’s victory in the tri-series involving Australia A and South Africa A was somewhat surprising considering their poor record in South Africa, it was still a bit understandable looking at their ever-improving record in one-dayers across the world. However, the kind of performance they put up the first Test against South Africa A at Rustenburg was unbelievable to say the least. The innings-and-13-run victory was emphatic in every sense of the word. Like the senior squad, India’s A teams have also have struggled when it comes to playing Tests overseas. But, this team is something different.

Right from day one, when they won the toss and decided to bat, India A have been dominant, never allowing South Africa A any chance to stamp their authority on the Test. They did lose Shikhar Dhawan early, but this game proved that the team can perform even when he fails. The efforts of skipper Cheteshwar Pujara, Rohit Sharma and Suresh Raina were instrumental in India A’s victory. All three of them got hundreds and the fact that numbers three, four and five all came up with tons was an indication of how hungry they were for runs.

Since three batsmen in a row got hundreds, it automatically meant that there were going to be big partnerships, which put the South Africa A bowling under extreme pressure. The fall of wickets told the story of India’s domination – the third wicket, that of skipper Pujara fell at the score of 270, the fourth, that of Sharma went at 376 and the third centurion Raina was 7th man out, by which time the India A’s total was inching towards 500. Amazingly, the tailenders also, put their hands up, with Ishwar Pandey, Jaydev Unadkat and Shahbaz Nadeem all coming up with impressive cameos.

If South Africa’s bowling was pedestrian, India’s was equally impressive. The fact that the visitors had a big total to defend worked in their favour. At the same time, they bowled with heart and plenty of skill. Ishwar Pandey excelled in both innings, claiming seven wickets in the match. He got good support from Mohammad Shami, whose three-for in the second innings set South Africa back early. Nadeem and Unadkat did not pick up many wickets, but they maintained the pressure by keeping things tight. Raina, on the other hand, exposed South Africa’s weakness against spin, adding four wickets to the magnificent hundred he made with the bat.

To put things into perspective, India A have a stronger side considering the number of players who have represented the nation at the highest level. Still for them to come up with such an emphatic performance augurs well for the future of Indian cricket.