Kolkata , who have lost three matches in a row after an impressive start, will look to snap their losing streak when they take on

Kolkata , who have lost three matches in a row after an impressive start, will look to snap their losing streak when they take on Bangalore, who have been all but knocked out of Indian T20 12, at Eden Gardens in Kolkata. As such, for Bangalore, it would be an opportunity to restore some pride.

The match will be the first game after Dinesh Karthik got a surprise call for the World Cup ahead of Rishabh Pant. As such he would like to impress his skipper Virat Kohli, who would be leading the other side. A big setback might be in store for Kolkata as Andre Russell may miss out after injuring his left shoulder during practice at Eden Gardens.

Russell has been the lynchpin for Kolkata this season. He is the leading run-scorer for Kolkata but got hit by a bouncer from a net bowler and seemed in pain as well. It can be recalled that Russell was hit on the same shoulder by a Harshal Patel delivery during the match against Delhi . 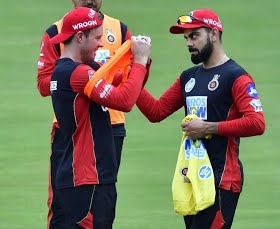 Remember, it was Russell who made all the difference the last time these two teams met with stunning 48 from 13 balls. This is why his likely absence could hurt a lot. It could be a blessing in disguise though as it would give the likes of Karthik and Robin Uthappa better scope to perform.

Bangalore are in an even worse situation with one win from eight matches. Even if they win all six games from here on, there no guarantee they would progress to the playoffs. Virat Kohli himself has struggled with the bat but for a couple of innings. If you take away, AB de Villiers no one really has stood up with the bat.

With the bowling as well, it has been the same story, with only Yuzvendra Chahal standing out with his consistency. Moeen Ali as an all-rounder has been reasonable if Bangalore want to look at another positive. It remains to be seen what kind of impact Dale Steyn makes for the franchise.