BCCI President Sourav Ganguly has stated that he will go into details of the Jasprit Bumrah fitness issue after it was learned that the National Cricket Academy (NCA) in Bangalore refused to conduct India's premier fast bowler's fitness test.

"I will find out what exactly is the reason. NCA has to be the first and final point of every international cricketer," Ganguly affirmed while speaking at an event.

Bumrah has been out of action since the Test series in West Indies, where he claimed a hat-trick, with a back injury. "It's just been a couple of months since I have taken over. I will speak to Rahul (Dravid). I met him a few times. We will understand the problem and solve it. 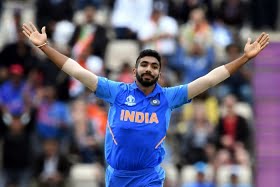 "From outside, and who has not seen this very closely, Bumrah has been injured for a while. I was not part of a system while he was sent. What happened? But if you ask me, NCA is a place for Indian cricketers. Everything has to go through the NCA so we will find out," the ex-captain went on to add.

Bumrah visited doctors in the United Kingdom for consultation purposes. Recently, he even bowled at Indian batsmen in the nets at Visakhapatnam ahead of the second ODI against West Indies. However, reports claim that NCA has refused to conduct Bumrah's fitness test.

"They told him, you're fine, so no need for a fitness test. You should go and seek it from the specialists you've been working because they're the people who have been testing you and know your fitness status the best," Times of India quoted a source as saying.

Earlier, reports claimed that Bumrah too was not very keen on going to NCA for rehab post his stress fracture. However, according to the rules, it is mandatory for recovering Indian cricketers to undergo a fitness test at NCA to be eligible for selection again.