It was a tremendous finish in the Fifth and Final Sunfoil ODI at the Wanderers with the last over providing lots of twists and turns before a six flew over mid wicket from the unknown Sachitra Senanayake to help Sri Lanka pull off a magical win! It was a tight win by 2 wickets with just the one ball to spare! Nobody would have given any chance for Sri Lanka to win after they lost two wickets and scored only 1 run in first four balls in the final over! Sri Lanka were ruled out of the contest with 5 runs to win from two balls and Sachitra Senanayakne bent down to slog sweep left arm spinner Robin Petersen all the way for a six!

The start from the Lankans chasing down 313 was a terrific one from Upul Tharanga and Skipper Tillakaratne Dilshan. When rain arrived, SL were off to a breezy start at 57 for no loss in 7.1 overs. After play resumed, a brilliant backward running and diving catch from JP Duminy at extra covers saw the exit of a dangerous Upul Tharanga (46 from 39 balls with 7 fours and a six). Skipper Dilshan who added 72 runs for the first wicket went onto add 47 for the second wicket before departing in the 19th over. Dilshan made 41 from 49 balls before he was caught behind looking to upper cut Tsotsobe. 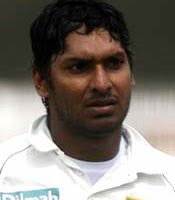 There was another good partnership for the Lankans with Sangakkara and Chandimal adding up 56 runs for the 3rd wicket. Sangakkara went onto score his 12th ODI century while bringing up a crucial 100-run stand with fellow left-hander Lahiru Thirmanne to put Sri Lanka on the winning front. Kumar Sangakkara fell for a 97-ball 102 with 10 fours before he chipped Duminy into the hands of long off in the 45th over.

Fortunately for Sri Lanka, the well set Lahiru Thirmanne kept his cool to bat through and get the equation down to 6 from 6 balls. Interestingly AB de Villiers opted for the spin of Robin Peterson ahead of Tsotsobe! And the very first ball, Peterson got the wicket of Kulasekara and followed it up with Thirmanne’s in the third ball of the final over when the left hander sliced his big shot to short thirdman. Sri Lanka sent in Sachitra Senanayake ahead of a capable hitter Lasith Malinga at no.10 which puzzled most people but the youngster stunned his critics with a match-winning six!

The Man of the Match award went to Kumar Sangakkara while South Africa Skipper AB de Villiers got the Player of the Series award. Sri Lanka with this end the South Africa tour reducing their Series defeat to 2-3.

Centuries from Graeme Smith and AB de Villiers has left Sri Lanka with a daunting target of 313 to chase in the Fifth and Final ODI at Johannesburg. The start of the South African innings was pretty slow but the momentum picked up considerably as the Lankans failed to make the inroads. Graeme Smith registered his 9th ODI century while AB de Villiers smashed his 12th ODI century in just 88 balls.

Lasith Malinga was the most successful bowler and yet was the most expensive bowler for Sri Lanka taking 2 for 76 in 10 overs.

Toss and Teams :Sri Lanka have won the toss and elected to field first in the Fifth and Final Sunfoil ODI at the New Wanderers Stadium in Johannesburg. The conditions for the final ODI are slightly cloudy though there is not much chance of rain as of now. There are no changes in the Sri Lankan team that had won the Fourth ODI at Kimberley. South Africa have made one change by bringing in Albie Morkel in the place of Vernon Philander.