One could see it coming. England off-spinner Graeme Swann just could not make any sort of impression in the ongoing Ashes series that England have lost, having been defeated in the first three Tests.

One could see it coming. England off-spinner Graeme Swann just could not make any sort of impression in the ongoing Ashes series that England have lost, having been defeated in the first three Tests. He managed only seven wickets in three Tests while averaging as high as 80. Swann’s failure, along with that of other seniors like James Anderson, Alastair Cook and Kevin Pietersen, has been among the major reasons for England’s failure. Hence, it is praiseworthy that Swann has decided to quit international cricket midway through the series, admitting that he is past his prime. 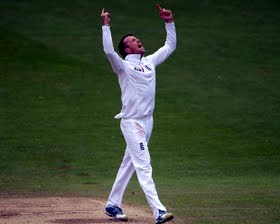 Every cricketer knows when his body cannot take the burden of international cricket. However, not everyone admits it in the candid manner that Swann has done. There have been numerous legends in recent times, who carried on well beyond their sell-by date in the hope that they can add some more glory to their career, but have only ended up being embarrassed. This is where Swann’s attitude towards retirement is so refreshing. He did not wait till the end of the series to announce his retirement since he found it pointless. The sole reason why he was here was to help England continue that Ashes dominance. And with that reason lost, he felt it was better for England to look towards the future.

Looking back at his international career, Tests in particular, Swann can gain immense satisfaction from his achievements, especially when one considers that he made his Test debut at 29 in 2008. Swann actually played his first ODI back in 2000, but was soon dropped and his attitude too was questioned. He was away from international reckoning for the next half-decade. It is very difficult for a player to make a comeback after being in the wilderness for so long – this is why Swann’s achievements become even more commendable.

The veteran off-spinner ended up playing 60 Tests and grabbed 255 wickets at an average of 29.96 with 17 five-wicket hauls. In one-dayers he picked up 104 wickets from 79 games averaging 27.76 with one five- wicket haul. These numbers clearly point towards the fact that Swann had a highly successful international career. In spite of being a late bloomer Swann ended up as the sixth-highest all time Test wicket-taker, behind Botham, Anderson, Willis, Trueman and Underwood, which says a lot about the kind of impact he has had in English cricket.

Swann played a major role in England’s rise to the top in Test cricket. Every team that has been the number one in Tests has had a great spinner, and Swann was the man for England. While Anderson picked up the early wickets in most Tests, Swann complemented him very well at his peak, grabbing wickets all over the world, and unsettling opponents. Unlike some of England’s past spinners, Swann was an attacking bowler and always looked for wickets. Thus, his success over the last five years is very much perceptible.

At his peak, Swann was among the best in the world and the manner in which he has retired has also left us mighty impressed.