Star Australian batsman Steve Smith feels the absence of skipper Virat Kohli and opener Rohit Sharma is not likely to hurt India much in the upcoming series as they have quality replacements available. While Rohit will miss the entire limited-overs series and at least two of the four Tests, Kohli will return to India after the first Test for the birth of his child.

"Look, Rohit is obviously a tremendous white-ball player, he has proven that for a number of years now at the top of the order, so obviously it leaves a bit of hole," Steve Smith said.

"But I guess the beauty with the Indian team is there are so many batters coming through, that are of high quality. You can look at someone like Mayank Agarwal in the IPL, just smashed, KL Rahul in the top order as well. There are plenty of options there for them so, look you leave a hole no doubt, but quality players there to back him up," Smith added. 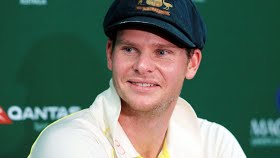 In Rohit’s absence in the limited overs, KL Rahul, who had a tremendous IPL 2020, could open the batting with Shikhar Dhawan. As for the Tests, Shreyas Iyer has been asked to stay as a back up owing to the uncertainty over Rohit’s availability.

"Virat is of obviously of high quality, and we know how good he has been in all forms for a long period of times, so it is certainly going to leave a hole but I still do believe that they have got some quality batters waiting in the wings to fill that void," Smith further said.

India will kick-off their tour of Australia with the first ODI on November 27 at Sydney. Skipper Kohli will play the first Test at Adelaide, starting from December 17. He will miss the next three Tests to be with wife Anushka Sharma for the birth of their first child.

India created history winning their first-ever Test series in Australia during their previous tour in 2018-19. Cheteshwar Pujara was one of the standout performers for India in that series with 521 runs in four matches at an average of 74.42.