India’s domestic cricket legend Rajinder Goel, often referred to as one of ‘India’s nearly men’, died on Sunday after a prolonged illness. Goel was 77. A left-arm spinner, Goel picked up a massive 750 first-class wickets in a career that spanned two and a half decades

Goel never played for India as Bishen Singh Bedi was always the preferred option. However, he holds the Ranji Trophy record for most wickets, with 637 scalps. Apart from Haryana, he also represented Punjab and Delhi in domestic cricket. For his significant contribution to India cricket, Goel was honoured with the CK Nayudu Lifetime Achievement Award in 2017 from BCCI. 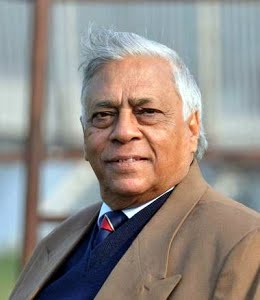 The closest Goel came to playing for India was in 1974-75, when Bedi was dropped from the team for the Bangalore Test against the West Indies. However, he was eventually not picked for the game.

Many former and current Indian cricketers paid rich tributes to Goel as the news of his death spread. Take a look:

Bishan Singh Bedi: Rajinder Goel was easily the most ‘contented’ human being I’ve known. I used to envy his sense of ‘contentment’ in my moments of turmoil...RIP ‘Goely’. You bowled your heart out to keep Ranji Trophy alive..!!

Sachin Tendulkar: Saddened to hear about the passing away of Rajinder Goel ji! He was a stalwart of Indian Domestic Cricket picking up more than 600 wickets in the Ranji Trophy. May his soul Rest in Peace and my heartfelt condolences to his near and dear ones.

Sourav Ganguly: To have a career that lasts more than 25 years and still be able to perform consistently speaks about his dedication and commitment towards the game. To be able to pick 750 wickets needs years and years of hard work and I salute his efforts.

Ravi Shastri: Master of his craft. Killer line & length in our terrain. Humility personified. Condolences to the entire family.

Virat Kohli: We’ve lost a legend in Rajinder Goel Ji. Him being the highest wicket-taker in the history of Ranji Trophy, speaks volumes about the career he had.

Sanjay Manjrekar: Have always been staggered by the records of Shivalkar & Rajinder Goel. Here’s Goel’s FC record for you - 157 matches, 750 wickets!

V.V.S. Laxman: Deeply saddened by the passing away of Shri Rajinder Goel, the highest wicket-taker in the history of Ranji Trophy. My heartfelt condolences to his family and loved ones.

Ravichandran Ashwin: The highest wicket taker in Ranji trophy cricket #RajinderGoel passes away, all I heard growing up was “what a fine left arm spinner Rajinder Goel was” I haven’t seen you bowl sir, but you have left a legacy that will last forever. #RipRajindergoel