Madhya Pradesh fast bowler Ishwar Pandey and Karnataka all-rounder Stuart Binny are the new additions to the Indian team which was picked for the upcoming tour of New Zealand.

Madhya Pradesh fast bowler Ishwar Pandey and Karnataka all-rounder Stuart Binny are the new additions to the Indian team which was picked for the upcoming tour of New Zealand. Ishwar Pandey finds himself in both the ODI and the Test Squad following a good Ranji season. Stuart Binny has been a decent performer over the years for Karnataka and of late has done well in the IPL for the Rajasthan Royals.

Interestingly, the Selectors have retained their faith in the old warhorse Zaheer Khan despite his lukewarm performance in South Africa. Pragyan Ojha has been omitted from the Test squad as the Selectors picked a seamer in his place. 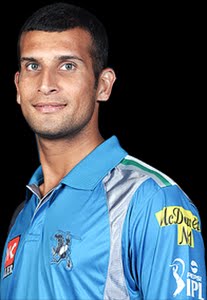 The ODI Squad has the inclusion of tearaway fast bowler Varun Aaron who will make his international comeback following a stress injury. Umesh Yadav has been dropped from the ODI team. The biggest omission although on expected lines if of Yuvraj Singh as the southpaw failed to score any good in all his outings in ODIs in his recent comeback. Also dropped is Mohit Sharma whose place has gone to Stuart Binny, who is an aggressive lower middle order batsman and a slow medium pacer.

India plays 5 ODIs and 2 Tests in New Zealand. First they play the ODI Series which begins on the 19th of this month.