The Punjab Kings (PBKS) will take on the Lucknow Super Giants (LSG) in match number 42 of the Indian Premier League (IPL) 2022 at the Maharashtra Cricket Association (MCA) Stadium in Pune. This will be an evening game and hence starts at 7:30 PM IST. Punjab have had a middling season so far, with four wins and four losses. Lucknow have fared much better. They are fourth with five wins and three losses.

PBKS ticked a lot of boxes in their previous match, getting the better of the Chennai Super Kings (CSK) by 11 runs. Opener Shikhar Dhawan returned to timely form with 88 off 59 while Bhanuka Rajapaksa scored a handy 42 on comeback. Liam Livingstone has continued his amazing form. However, they need runs from the blade of skipper Mayank Agarwal and Jonny Bairstow.

Punjab’s bowling has been top class. Kagiso Rabada and Arshdeep Singh stalled CSK’s progress in the last game after Ambati Rayudu played a blinder. Rahul Chahar has been consistent even though Sandeep Sharma was taken apart by Rayudu. 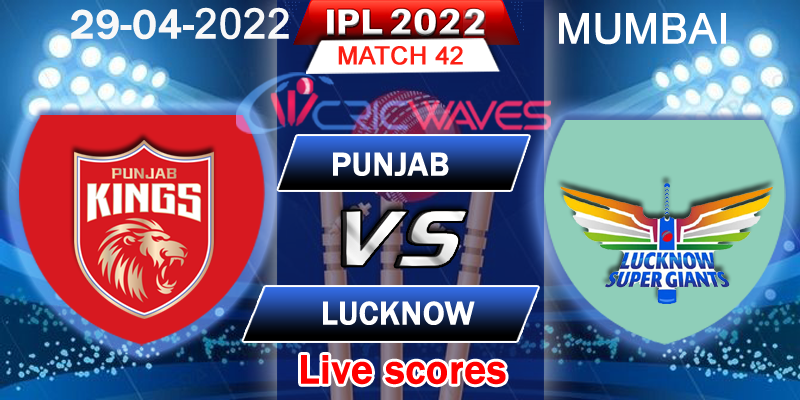 In their last match, the Lucknow Super Giants thumped Mumbai Indians (MI) for the second time in IPL 2022. In an action replay of the first encounter between the two teams, LSG skipper KL Rahul hammered a brilliant hundred. Their batting will be a cause for concern though. Quinton de Kock has struggled for runs at the top of the order. Manish Pandey, Krunal Pandya, Deepak Hooda, Ayush Badoni and Marcus Stoinis all need runs.

Their bowling is far more settled. Avesh Khan, if fit, will reclaim his place in the playing XI. Jason Holder, Dushmantha Chameera and Ravi Bishnoi have all done a good job. In the match against Mumbai, Krunal also shone with his left-arm spin.