West Indies have set up the First Test at the Shere Bangla National Stadium in their favour by piling up 361 for 4 on the opening day’s play.

West Indies have set up the First Test at the Shere Bangla National Stadium in their favour by piling up 361 for 4 on the opening day’s play. Opener Kieran Powell and veteran Shivnarine Chanderpaul scored centuries to totally decimate the Bangladeshi bowling post lunch.

Batting first after winning the toss, West Indies had a stunning start with Chris Gayle launching debutant off-spinner Sohag Gazi for 18 runs in what was only the first over of the Test! Gayle made absolute mockery of the spinner opening the bowling with the brand new cherry. However, Gayle’s show lasted only 5 overs as he perished trying to loft the same debutant spinner for a six but for once not getting his timing right. Gayle’s damage was cut short to a T20 kind of cameo of 24 from 17 balls (with 2 fours and 2 sixes). 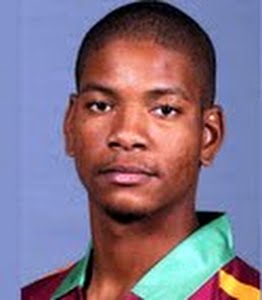 The hosts picked up two more wickets in the morning session with Darren Bravo (14, slicing his big drive to point off Sohag Gazi) and later on Marlon Samuels (16, caught pulling Shahadat Hossain into the deep). West Indies went to lunch in trouble slightly at 107 for 3 in 29 overs.

Kieran Powell and Shivnarine Chanderpaul seized the advantage from the Tigers and batted right through the afternoon session to take West Indies to 228 for 3 in 60 overs. The 22-year-old Kieran Powell by then brought up his 2nd Test Century. Powell lost his wicket in the final session as he got bowled to a low turning ball from offie Gazi in an attempted cross-batted pull. The opener walked off with 117 to his name (from 178 balls with 18 fours and a six) while taking Windies out of troubwle at 231 for 4 with Chanderpaul.

The first day finished with Chanderpaul on 123* (from 195 balls with 17 fours) and Wicket Keeper Dinesh Ramdin helping himself to 52* (from 88 balls with 5 fours).