India Blue thrashed India Red by 355 runs in the 2016 Duleep Trophy final on Wednesday. Here’s a look at the top performers in the match

India Blue thrashed India Red by 355 runs in the 2016 Duleep Trophy final on Wednesday. Here’s a look at the top performers in the match.

Cheteshwar Pujara: The Saurashtra batsman who has been struggling for form in Test cricket, of late, played a superlative innings for India Blue, who set the tone of the match. Coming in after the openers had added an impressive 144 in the first innings on the opening day, he remained unbeaten on a marathon 256, as Blue declared their first innings on an imposing 693 for 6 declared. He faced 363 balls during his stay, and batted for 541 minutes, during which he hit 28 fours. Pujara was declared man of the match for his fantastic innings. 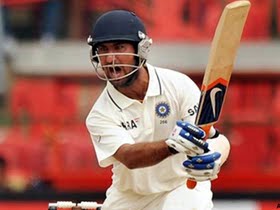 Ravindra Jadeja: The all-rounder starred with the ball, claiming 10 wickets in the match. He claimed 5 for 95 in the first innings. His wickets included those of Shikhar Dhawan, Gurkeerat Singh and Stuart Binny, who contributed an impressive 98. He was impressive in the second innings as well, finishing with 5 for 76. His victims in the second innings included those of Sudip Chatterjee, skipper Yuvraj Singh and Binny for a duck. Jadeja himself contributed a crisp 48 in the first innings.

Sheldon Jackson: The middle-order batsman scored an impressive century for India Blue. Jackson was lucky as he got a couple of lives, but he made great use of the opportunity to finish with 134. His innings came from 204 balls, during which he was at the crease for close to 250 minutes. Jackson hit 15 fours and two sixes during his innings, before eventually giving a return catch to Amit Mishra.

Gautam Gambhir: The India Blue skipper continued his good run in the series. He narrowly missed out on a hundred in the first innings, getting clean bowled for 94. Gambhir played a patient knock, hitting eight fours during his 212-minute stay. In the second innings as well, he got a start, but could not carry on. Gambhir hit 36 from 59 balls with five fours, before falling to Kuldeep Yadav for the second time in the match.

Mayank Agarwal: The India Blue opener hit fifties in both innings. In the first innings, he scored 57 from 107 balls, with seven fours, adding 144 for the opening wicket with Gambhir. In the second innings, he made 52 from 83 with six fours. This time, he and Gambhir added 67 for the opening wicket. He would ideally have liked to carry on to a bigger score in at least one of the knocks.