The match between Chennai Super Kings and Yorkshire is a dead rubber by all means, with both teams out of the reckoning for the semi-finals.

The match between Chennai Super Kings and Yorkshire is a dead rubber by all means, with both teams out of the reckoning for the semi-finals. However, they would still be keen to end their so-far disappointing campaign on a winning note. Chennai would be pleased that they won’t return from the tournament winless, having beaten Mumbai Indians in the previous encounter. Yorkshire, on the other hand, haven’t tasted victory since the qualifying games, and definitely wouldn’t mind one. 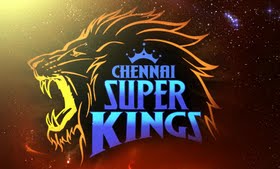 Having been beaten comprehensively by Sydney Sixers and Highveld Lions, Chennai did better getting the better of Mumbai Indians in their last clash. However, it was a matter of too little too late since both Mumbai and Chennai were knocked out of the tournament even before the game began. Still, they would have been happy with the performance they came up with against Mumbai. Murali Vijay and Faf du Plessis batted well at the top of the order even as skipper M S Dhoni continued his good form at the top of the order with a quickfire 35. Another good batting effort should aid Chennai in doing well against Yorkshire.

Chennai’s bowling is a bit of a worry for sure. Ravichandran Ashwin hasn’t been anywhere near as effective while Ravindra Jadeja was also taken for plenty of runs in the clash against Mumbai. Their poor efforts almost cost Chennai the game. Thankfully, Ben Hilfenhaus, came to the side’s rescue.

Yorkshire haven’t done anything of note in the tournament so far. They were thrashed by Sydney Sixers, and after the washout against Mumbai were outdone by Lions. For them to seek a consolation win, the likes of Phil Jaques, Adil Rashid and Gary Ballance will have to get some runs. It will help if the others contribute, but on current form, that looks difficult.

Their bowling was sedate against Lions, but they did not have a big score to defend. Unfortunately, they don’t have match-winners in the bowling department, which gives Chennai a distinct advantage over them. Dhoni’s men would fancy their chances; it remains to be seen what Yorkshire have in store.