Having made his comeback in the limited overs format, Dinesh Karthik is now hoping to make a comeback in Tests

Having made his comeback in the limited overs format, Dinesh Karthik is now hoping to make a comeback in Tests as well. Karthik last played a Test against Bangladesh in 2010.

In an NDTV report, he was quoted as saying, "I want to try to push for a spot in the Test team now that I am part of the ODI and T20 sides. That is a plausible dream for me. I would love to wear the whites again and play under Virat Kohli's captaincy. The kind of shots I have, it can make an impact in the middle-order.” 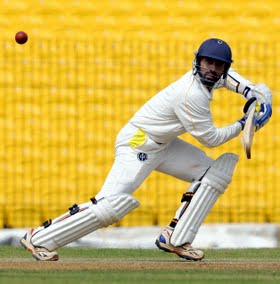 He added, "It is important to make use of the opportunity given to me in the One-dayers. But I don't want to keep thinking about it and put pressure on myself. The plan is to score runs whenever I get an opportunity. It feels good to score runs for the country. Feels good to be back in the team. The aim is to play the World Cup in 2019."

On whether he would like to give up wicket-keeping and turn a pure batsman, the 32-year-old replied, "I am a genuine keeper and a genuine batsman. In a sense, I am a two-skilled player. I am a genuine all-rounder and can also field at any position. I have always had the confidence that I can play in any team as a batsman. Keeping comes naturally to me."