Titans vs BH: Brisbane’s batting was abysmal once again

Brisbane Heat have featured in two games so far, and in both the matches they had a fair chance of winning. But, on both occasions, they ended up on the losing side, mainly due to their poor batting, which undid some excellent work by their bowlers. 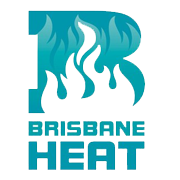 Brisbane Heat have featured in two games so far, and in both the matches they had a fair chance of winning. But, on both occasions, they ended up on the losing side, mainly due to their poor batting, which undid some excellent work by their bowlers. Against Trinidad & Tobago, they couldn’t chase 136 and, against Titans on Tuesday at Chandigarh, they failed to beat a meagre score of 123. The two losses, chasing low scores, have now severely dented Brisbane’s chances of making it through to the semi-finals. And they have only themselves to blame.

Having suffered a shock defeat at the hands of T&T a few days ago, they had a chance to make amends against Titans. Sadly for them, their batting couldn’t stand up to the challenge in spite of the fact that they had a rather easy run chase. All Brisbane needed was a decent start, and they would have been through without much trouble. Instead, they lost three wickets inside the first five overs. The dismissals of Joe Burns, Peter Forrest and Ben Cutting clearly put them under severe pressure. And they could never recover from that point.

The experienced duo of skipper James Hopes and Daniel Christian batted cautiously to help Brisbane stem the flow of wickets. However, they were so slow in their progress that by the time Christian was dismissed Brisbane had fallen way behind in the chase. Hopes played a substantial knock under the circumstances, but again it was a futile one since he maintained a strike rate of under 100. While the early wickets hurt Brisbane’s cause severely, the Hopes-Christian partnership also did not help matters as it wasn’t aggressive enough. In T20 cricket, there is no place for slowing down, and Brisbane were found out in this aspect.

Even as Brisbane suffered due to another poor batting performance, it must be said that Titans’ bowling was equally brilliant. Marchant de Lange came up with a superb spell to scythe through the middle order. He was very well supported by Rowan Richards, who grabbed two wickets at appropriate moments. The combination of Lange and Richards ensured that Brisbane were never in the comfort zone. However, since they were defending a meagre score, Titans needed all their bowlers to be in peak form. Roelef van der Merwe and Morke Morkel made sure they did not allow Brisbane to relax at any point during the chase.

The only positive for Brisbane from the game was their bowling performance. Matthew Gale, in particular, was superb with figures of 4 for 10. The effort was spectacular since this was his debut match. Titans would have been extremely disappointed that only three of their batsmen got into double figures. At the end of the day though, they had enough firepower in their bowling to sneak away.