South Africa’s legendary Wicket Keeper Mark Boucher has decided to retire from International Cricket with immediate effect. Boucher was originally a part of the South African Squad on their current tour of England.

South Africa’s legendary Wicket Keeper Mark Boucher has decided to retire from International Cricket with immediate effect. Boucher was originally a part of the South African Squad on their current tour of England. There were enough hints that Boucher was going to retire after the completion of this tour. Unfortunately, it was a freak eye injury sustained yesterday during a warm-up match that abruptly put an end to Boucher’s career.

Boucher had a flying bail hitting him on his left eye in yesterday’s South Africans’ match against Somerset at Taunton. Boucher was hit on the eye when an Imran Tahir’s googly hit the stumps of Somerset batsman Gemaal Hussain and resulted in one of the bails getting dislodged and flying rapidly to hit the left eye of Boucher. 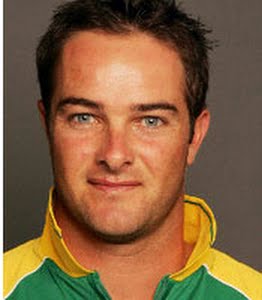 The 35-year-old veteran Wicket Keeper had to leave the field and subsequently go for an eye surgery which is believed to have lasted three hours yesterday evening. Boucher, who isn’t sure of the time he would take to recover following the surgery decided to quit international cricket.

It is with sadness, and in some pain, that I make this announcement. Due to the severity of my eye injury, I will not be able to play International cricket again. I had prepared for this UK tour as well, if not better than I have prepared for any tour in my career. I had never anticipated announcing my retirement now, but circumstances have dictated differently. I have a number of thank you’s to make to people who have made significant contributions during my International career, which I will do in due course. For now I would like to thank the huge number of people, many of whom are strangers, for their heartfelt support during the past 24 hours. I am deeply touched by all the well wishes. I wish the team well in the UK, as I head home and onto a road of uncertain recovery.

South Africa Skipper Graeme Smith also gave a personal message to his team mate and friend he has been playing with for the past 14 years:

Bouch, we have walked a long road together, and we are saddened to part under these circumstances. For the 14years of your International career, you have been a true Proteas warrior, a patriotic South African, a fighter who asks nothing and gives everything. You have been a 100 percenter for this team. You have been more than a performer, you have been a motivator, an inspirer, an energizer… and a good friend to many. You leave us today with sad hearts, but also with a deep gratitude for your contributions to our team, and to us as people. The fighting spirit you brought to team remains with us. We wish you a good as possible recovery from your injury. As we bid you a farewell as an International cricketer and wish you well for your future, we keep you as a friend and respected Proteas warrior.