As things stand, it seems very difficult for Auckland to progress to the last four. Delhi Daredevils and Titans are the two favourites to make it through from their group.

As things stand, it seems very difficult for Auckland to progress to the last four. Delhi Daredevils and Titans are the two favourites to make it through from their group. However, Titans’ massive, unexpected loss to Kolkata Knight Riders has given Auckland a semblance of hope. If Auckland can manage to inflict a heavy defeat on Perth Scorchers in the last round-robin game of the CLT20 and if Delhi Daredevils also beat Titans by a massive margin, the Kiwi side may just get through. Their opponents, the Scorchers, have nothing much to play for, but a win at any stage of a tournament is a welcome one for any struggling outfit. 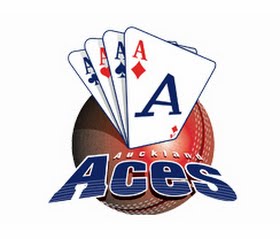 Auckland are clearly top heavy in the batting department. Lou Vincent, Martin Guptill and Azhar Mahmood have been the three batsmen who have been responsible for whatever success Auckland have tasted in the tournament so far. On the one occasionthat they failed against the Titans, the team floundered. Hence, Auckland would need the trio to be at its very best.

In Kyle Mills, Michael Bates and Mahmood they have three highly experienced bowlers, but, apart from Mahmood, the other two haven’t been at the best. Mills and Bates will need to raise their game against Scorchers. Andre Adams must also support them.

Scorchers kicked off their campaign with a heavy defeat against Titans, but ran the Daredevils close in their last match. They would like to end their campaign on a high note. For that, they need their batsmen to come up with the goods. They have a reasonable batting line up comprising the likes of Herschelle Gibbs, Simon Katich, Mitchell Marsh, Shaun Marsh and Luke Ronchi. Somehow, they have failed to click as one outfit.

Scorchers’ bowling came good against the Daredevils, and Marcus North’s men would like to build on the same. In Nathan Rimmington, Joe Mennie and Michael Beer they have bowlers who struck some form in the last match. That would give them hope to do well.

Auckland will go in as favourites even as Scorchers would hope to play spoilsport.