When the Cronjegate scandal broke out at the dawn of the millennium, it was a shocker for cricket fans the world over. In their wildest dreams they never expected such a thing to ever happen.

When the Cronjegate scandal broke out at the dawn of the millennium, it was a shocker for cricket fans the world over. In their wildest dreams they never expected such a thing to ever happen. Renowned heroes like Hansie Cronje, Mohammad Azharuddin and Ajay Jadeja fell by the wayside as the unthinkable happened. In the aftermath, every game played was viewed with suspicion for a while. It took a long long time for the players and the administrators to win back the trust of the fans, albeit not completely. And, the latest developments have pretty much taken things back to square one.

The spot-fixing allegations that surfaced during IPL 6 and continue to haunt the sport are hazardous without doubt, but the extent of involvement of the owners in the muddle is terribly disappointing. Of course, neither of Gurunath Meiyappan or Raj Kundra have been found guilty of spot-fixing, but the fact that both have admitted to betting, and heavily at that, is a definitive indicator of how deep-rooted the problem is. When the controversy broke out, Ajit Chandila was just another domestic T20 player. But in a matter of days, it has been revealed that he was the kingpin in the entire spot-fixing fiasco. Hard to believe. 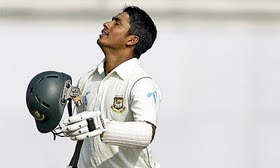 Even more disastrous is the revelation that former Bangladesh skipper Mohammad Ashraful has admitted to taking money for spot-fixing in a BPL game (the poor brother and Bangladesh’s equivalent of the IPL). Here is a country which is still a minnow international cricket. In spite of having achieved Test status 13 years back, Bangladesh are still struggling to make a significant impact on the international arena. And yet, one of their brightest talents in the country, who has rarely performed to potential, has shown the audacity to get involved in the murky game of spot-fixing.

Why only Bangladesh, even a country like Kenya, which is yet to gain even Test status, has been at the receiving end of fixing-related activities. Maurice Odumbe, one of their former skippers, was suspended from the sport after it was learnt that he had in fact taken money from bookmakers, raising suspicion over his character. Then there was the case of Marlon Samuels also being kept out of the game for couple of years after being found guilty of hobnobbing with bookies. Last, but not the least, there was the Mervyn Westfield-Danish Kaneria mess at the time when they were teammates at Essex in 2009.

The above examples clearly demonstrate that illegal activities have been taking place rather frequently in the sport in spite of the measures in place to prevent corruption post Cronjegate. Of course, match-fixing has taken a milder shape in the form of spot-fixing, but whatever the term and modus-operandi, the bottom line is that the cricket-loving fan is being cheated – of his passion and of his moolah. Like the previous scandals, the game may survive and move on, but the scars inflicted might just remain forever.