Former Australian captain Steve Waugh has opined that the Australian bowling attack will have an edge over India when the two teams next take on each other in the Test series later this year. While Waugh admitted that India has a great fast bowling line-up up, he added that they are better at home.

“India has the best fast bowling line-up in the world when cricket is played in India, but Australian fast bowlers are deadly in Australia. When India comes to Australia, the Aussies will have a slight edge. But, both teams know that the person they have at their disposal, they can take 20 wickets,” Waugh stated on the sidelines of the Laureus Awards ceremony.

The 1999 World Cup-winning captain also showered praises on Jasprit Bumrah and said that it was good on the part of his coaches not to have altered his unique natural bowling style. “He is exceptional. He is a unique talent. It’s great that he wasn’t coached styles because a lot of coaches would have told him ‘you need to run in quicker, or you cannot bowl that way’. They’ve let him be natural, which is fantastic,” Waugh explained.

“He is an incredible asset for India, great stamina, accuracy, pace -- he has got everything. He also seems to have a pretty good temperament. He loves challenges and loves leading the attack. Virat Kohli is very lucky to have him in the attack,” the Aussie legend further added. 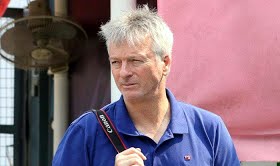 The Day/Night Test in Australia will be India’s second pink-ball Test. The Virat Kohli-led side featured in their maiden day-night Test against Bangladesh at Kolkata's Eden Gardens in November last year.

Waugh is also of the view that D/N Tests are good for the health of Test cricket. “If you score a hundred or pick five wickets in a day-night Test, it goes down in the annals of history. It’s how you look at it — either it is a challenge or too hard. I’m sure India will see it as a challenge. It’s good for world cricket and I am glad that India has agreed to play,” he said.

“People in Australia love watching a day-night Test because you can’t take your eyes off the action. Every ball something might happen. I think it is a great thing that the bowlers are more in the game -- particularly in the night time when the conditions change a lot and you really got to preserve your wickets. If you’re bowling, then you have to attack the wickets,” the 54-year-old explained.