Bombay High Court today has declared the just concluded BCCI probe in the IPL Spot fixing as illegal and unconstitutional.

Bombay High Court today has declared the just concluded BCCI probe in the IPL Spot fixing as illegal and unconstitutional. It can be recalled that the 2-member probe panel set up by the BCCI had given clean chits to Chennai Super Kings Owner – Gurunath Meiyappan and Rajasthan Royals’ owner Raj Kundra in the fixing scandal. 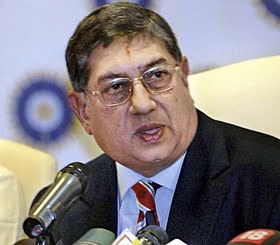 The high court hearing comes following a public interest litigation filed by Cricket Association of Bihar challenging the constitution of the two-member probe panel. The PIL had alleged blatant bias by former BCCI President N Srinivasan, who is also the Vice-Chairman and Managing Director of India Cements, the company that owns the Chennai Super Kings. Gurunath Meiyappan is also the son-in-law of N Srinivasan which led the latter to step down from the BCCI Presidentship.

The BCCI which is currently run by Jagmohan Dalmiya will have to go into a huddle again to chalk out their next moves. Had the Bombay High Court not come in their way, N Srinivasan was all set to return as the BCCI President.