KKR look to bounce back against Auckland

Following a disappointing showing against Delhi Daredevils, the Kolkata Knight Riders would be keen to put up a much improved performance when they take on Auckland at Cape Town on Monday, in the Group A clash.

Following a disappointing showing against Delhi Daredevils, the Kolkata Knight Riders would be keen to put up a much improved performance when they take on Auckland at Cape Town on Monday, in the Group A clash. Not a lot went right for Gautam Gambhir’s men against the Mahela Jayawardene-led army. However, they must give credit to Delhi for the manner in which they overpowered KKR, and look forward to build on their strengths against Auckland. Led by Gareth Hopkins, Auckland are pretty much a compilation of 30 plus players, but that doesn’t mean they cannot be expected to perform. 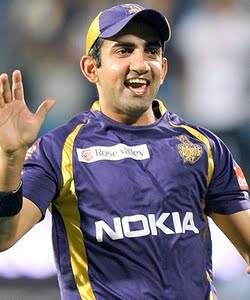 A poor batting performance was what let Kolkata down in their opening encounter. Yes, Delhi bowled with some real pace, but it was Irfan Pathan who troubled them early on. The left-arm seamer moved the ball enough to get rid of the openers quickly. Among the others, Morne Morkel, Umesh Yadav and Ajit Agarkar, all hit the deck hard, and were rewarded suitably. Auckland would have observed Kolkata’s woes against pace and would look to exploit the same. Hence, Gambhir and his men would have to come up with an improved batting effort. Apart from the skipper, they have big names like Jacques Kallis, Yusuf Pathan and Brendon McCullum, but they need to do a job.

Bowling wise, Kolkata did reasonably well, and it was only Lakshmipathy Balaji who had an off-day. But, his bad day was so expensive that it went a long way in KKR ending up on the losing side. With figures of 2 for 61 from four overs, rarely do teams win matches, irrespective of the format. It would be unfair to drop Balaji based on one poor game. However, he will have to pull up his socks, and do better to support Brett Lee, Sunil Narine and co.

Auckland are very much like Lions in their team make up. Most of their players are past their prime when it comes to international cricket, their age being on the wrong side of the 30’s, while the other members are pretty much unknown quantities. Still, Auckland would be hopeful of putting up a combative show considering they have experienced members in their side. Led by wicket-keeper batsman Hopkins, Auckland would heavily rely on Martin Guptill and Lou Vincent in the batting department – one is the current national opener, while the other was the same a few years back.

Auckland also have a couple of handy all-rounders, who can turn games on their head if it’s their day. Azhar Mahmood proved during the IPL that, even after crossing 37, he is still good enough to come up with match-defining performances. Then, there is Andre Adams, who can also hit the ball a long way, and chip in with his medium pacers. In the bowling department, Auckland would be majorly dependent on current national members Kyle Mills and Chris Martin.

On paper, Kolkata hold the edge, but it’s what happens on the field that counts.