Dhawan infuriated with airlines after his family can’t board flight

"1/2 Absolutely unprofessional from @emirates. Was on my way 2 SA with my fam & was told tht my wife and kids can't board the flight from Dubai to SA. Was asked to produce birth certificates & other documents fr my kids at the airport which we obviously didn't have at that moment," Dhawan tweeted about his experience. 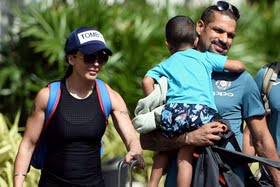 "2/2.They are now at Dubai airport waiting for the documents to arrive. Why didn't @emirates notify about such a situation when we were boarding the plane from Mumbai? One of the emirates' employee was being rude for no reason at all," the cricketer further tweeted.