With a bit of luck, this could have been a big one: Vikram Rathour on Virat Kohli’s innings

India batting coach Vikram Rathour has stated that, with a bit more luck, captain Virat Kohli could have converted his half-century on Day 1 of the Cape Town Test into a big innings. Rathour hailed Kohli for showing great discipline during his knock of 79 on Tuesday, which was the second slowest Test fifty of his career.

While Kohli top-scored for India, the visitors failed as a batting unit and were cleaned up for 223 after winning the toss and batting first. Apart from the skipper, Cheteshwar Pujara contributed 43 but the rest failed to make much of an impact 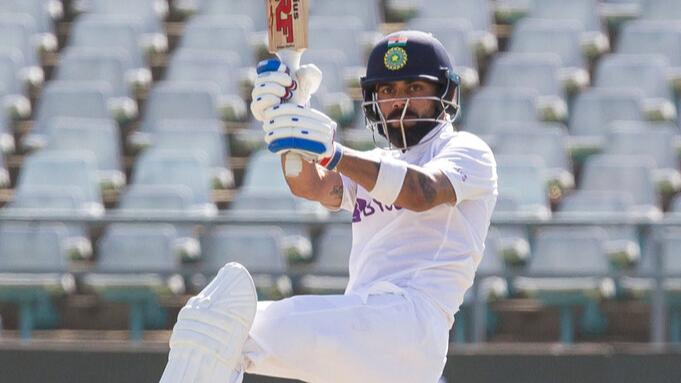 Speaking at a virtual press conference at the end of the first day’s play, Rathour asserted that there was never a concern with the way Virat was batting. He said, “As a batting coach, I was never concerned that he is not batting well. He was looking very good in the nets and very good in the games also. He was getting starts, one good change today was that he was more disciplined today. I agree with that, he looked really good and solid. With a bit of luck, this could have been a big one but I am happy with the way he played today.”

The batting coach admitted that South Africa were very disciplined to Kohli initially and were not giving him too many balls to drive and pull. Rathour added, “He was looking really good till the point he got out. I mean it is not a conscious thing, it was just a lapse of concentration in the last game when he chased a wide delivery. He played some cover drives today, he picked the right balls."

On India’s batting effort, Rathour conceded that the visitors put up a below par score. According to the coach, India should have scored an additional 50-60 runs. He stated, “These are challenging conditions, they are not easy to score runs but we are below par even today. We should have scored at least 50-60 runs more, that's what we were expecting. That's the thing, Virat played a phenomenal inning, Pujara was looking good but then they bowled a good spell, conditions were overcast, it was challenging for batting. But there were some soft dismissals in the latter part of the innings."

South Africa ended Day 1 on 17 for 1. Aiden Markram (8*) and Keshav Maharaj (6*) were at the crease while Dean Elgar was dismissed for 3.