India will take on New Zealand in the 2nd T20I of the three-match series at the JSCA International Stadium Complex in Ranchi on Friday, November 19. The match will take place at 7 PM IST and 1:30 PM GMT. India go in having won the first game in Jaipur by five wickets. Being a three-match series, New Zealand will have to win the second game to stay alive in the series

India did well in the opening match to claim the contest by five wickets. However, it wasn’t as convincing a win as it seemed it would be at one stage. Chasing 165, they were cruising at 144 for 2 courtesy Rohit Sharma’s 48 and Suryakumar Yadav. However, India lost a few wickets at a stretch and failed to find the boundaries, which brought the equation to 10 off the last over. Rishabh Pant took India home with a run-a-ball 17. 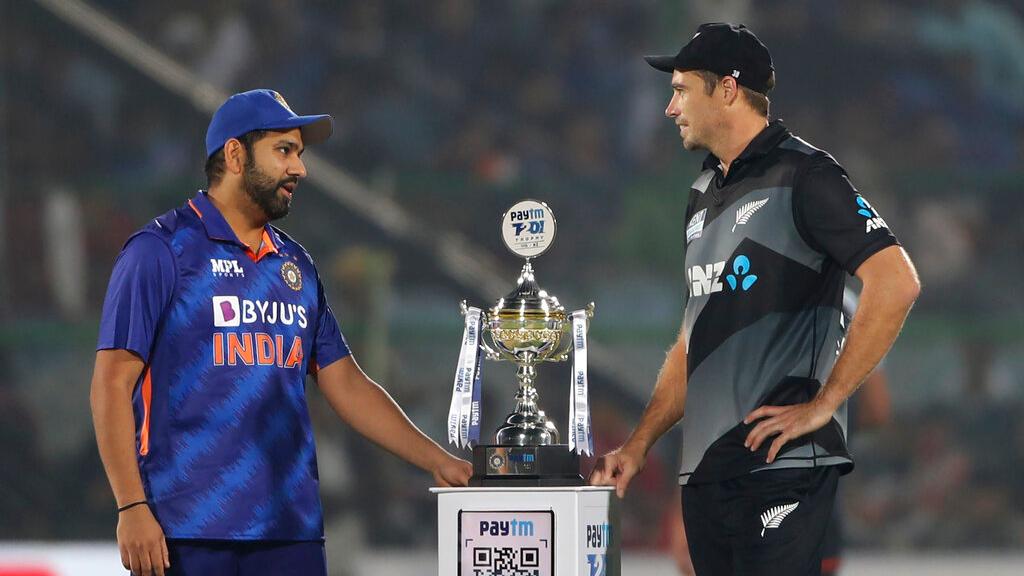 There were some positives for New Zealand in the defeat. Martin Guptill (70) and Mark Chapman (63) hit fine fifties. With the ball, Trent Boult claimed 2 for 31 while Mitchell Santner kept things extremely tight with figures of 1 for 19. Skipper Tim Southee and Todd Astle were way too expensive though. They will have to get their act together for the second T20I.

With Mohammed Siraj having split his webbing in his left hand, Harshal Patel or Avesh Khan might get a chance to make their India debut.

Astle was costly against India so the Kiwis might look to bring back Ish Sodhi.