CLT20: How the teams stand

The Champions League T20 has reached a stage from where every victory or defeat either moves a team into the semi-finals or puts them out of the tournament altogether.

The Champions League T20 has reached a stage from where every victory or defeat either moves a team into the semi-finals or puts them out of the tournament altogether. In Group A Rajasthan Royals have gone through following an imperious run of three solid wins in three games. Meanwhile, Lions have been eliminated having lost three and featuring in an abandoned game. Perth Scorchers still have one game in hand, but their two losses and one washed out game means they stand at only 2 points. Even if they clinch their last match against Mumbai Indians, it wouldn’t make any difference. 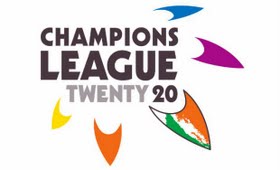 The teams that remain in contention for a semi-final spot in Group A then are Mumbai Indians and Otago. Even among them, Otago have a brighter chance of qualifying. They face the Royals at Jaipur today. If they win today, they will automatically go to the top of the table with 14 points, and it that case Otago and the Royals will go through. Alternately, if Otago lose, they keep Mumbai alive. They latter however will have to beat Perth Scorchers in their last game to go up to 10 points. At the same time, they will need to improve on their net run rate to edge out Otago.

In Group B, the competition is a lot closer. Chennai Super Kings, as expected, are at the top of the table will three wins from as many games. They look set to qualify having 12 points to their credit. Trinidad & Tobago’s fighting win against the Titans have kept them very much alive. If they beat Super Kings in the last group match, they will be assured of their spot in the semi-finals. On the other hand, if they lose the scenario gets tougher for them.

In the event of T & T going down to the Super Kings, Titans’ chances would be resurrected. But, their fate actually lies in T & T’s hands. Had they got the better of T & in their last game, they would have been in a better position, with 12 points from 4 games. Now, they are at eight points from four games, with two wins and two losses. The only possibility of Titans qualifying for the semi-finals now is if T & T go down to the Super Kings by such a margin that would put their net run rate below that of Titans.

All three games remaining would thus decide the fate of the teams that are in contention. Of the teams in the running for the semi-final spot from the two groups, Otago and T&T are in a better position to qualify. But, in T20, you never know when the tide turns, so making a prediction is not a safe bet.