England were thrashed 4-0 in the five-Test series in India that ended on Tuesday. Here’s a look at how the English players performed during the course of a tough tour

England were thrashed 4-0 in the five-Test series in India that ended on Tuesday. Here’s a look at how the English players performed during the course of a tough tour.

Moeen Ali (8/10): The all-rounder certainly likes playing against India. During India’s previous visit to England, he troubled the Indian batsmen with his friendly-looking spin. On this tour, he was the star performed, ending up as the only England batsman to hit two hundreds. This despite his problems against the short ball. He claimed 10 wickets with the ball as well. 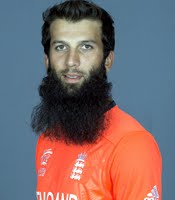 Joe Root (7/10): He was the most consistent England batsman, as expected. Root, in fact, ended up as the second highest run-getter with one hundred and four fifties at an average of 49. Impressive numbers no doubt, but Root will be disappointed not to have converted more of the fifties into three figures.

Haseeb Hameed (7/10): The youngster made a big impression in the couple of Tests that he played before getting injured. He began with 31 and 82 on debut, and after a poor second Test, won plenty of fans by showing valour in batting with a broken hand that was to rule him out of the series. The 59 not out at Mohali won him praise from none other than Virat Kohli.

Keaton Jennings (7/10): Before the series, Alastair Cook was struggling for an opening partner. Now, he will have two vying for one slot. Hameed’s injury saw Jennings debuting at Mumbai, and he grabbed his chances with both hands, hitting a hundred. There was also a fighting fifty in the second innings at Chennai.

Ben Stokes (6/10): The all-rounder had a decent series, with 345 runs, with one hundred and one fifty at an average of under 40. He was workmanlike with the ball, but managed only eight wickets. Stokes should have done better with the ball.

Jonny Bairstow (6/10): He had another good series with the bat, hitting three fifties to finish with an average of 44 and a best of 89. Again, he missed out on converting fifties into hundreds. He also had a tough time behind the stumps.

Jos Buttler (6/10): He returned to Test cricket with 43 at Mohali, and went on to score a fluent 76 at Mumbai, clearly proving his worth in this format. Buttler hung around for a long time at Chennai, but found no support to take England to safety.

Adil Rashid (5/10): A haul of 23 wickets is a rather decent one, and Rashid would be pleased with the same. But, he wasn’t effective throughout. Although he was only behind Ravichandran Ashwin and Ravindra Jadeja in the wicket-taker’s list, he averaged 37.43, in comparison to Indian duo’s 30 and 25.

Stuart Broad (5/10): The experienced player claimed eight wickets in three Tests at an average of 31, keeping things tight. He struggled with the bat though, managing merely 44 runs.

Liam Dawson (5/10): He made an impressive fifty on debut, but couldn’t make much of an impression with the ball, claiming only two wickets in the Test.

Alastair Cook (4/10): Cook loves playing against India, but it did not show in this series as he became Jadeja’s bunny. The England captain managed 369 runs at an average of 36.9 with one hundred and one fifty. Below par numbers.

James Anderson (3/10): He was not fit for the initial part of the tour, and when he played, he hardly looked the bowler he is renowned as. Four wickets in three Tests clearly demonstrated he struggled.