The time to experiment with Day Night Tests has come

A few former cricketers, including Rahul Dravid and Sanjay Manjrekar, have recently spoken out in favour of having Day Night Tests as the way forward to revive the oldest and most challenging format of the game.

A few former cricketers, including Rahul Dravid and Sanjay Manjrekar, have recently spoken out in favour of having Day Night Tests as the way forward to revive the oldest and most challenging format of the game. However, the general mindset of the cricketing world towards the innovative suggestion has been one of turning their backs to the idea. As recently as a couple of days ago, the Sri Lankan Cricket Board expressed their unwillingness to participate in Day Night Tests for a forthcoming series in the UAE, which means we will have to continue watching Tests in the day even if it is in front of empty stands.

There is a strong enough reason for Day Night Test matches to start in right earnest. The crowd interest in the format is dwindling, which is why we seen so few spectators at Test matches around the world. Some Tests in India which feature high-profile teams and the Ashes are exceptions, but generally the story is the same sad one around the world. The situation is understandable as well. Unlike earlier times, people cannot take time out to make it to the stadium, as everyone is busy earning their livelihood. 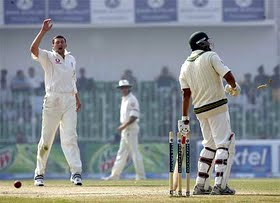 In the present scenario, the only way to save Test cricket is by taking the game to the crowds rather than waiting in vain for the crowds to come to the stadium. Without doubt diehard cricket followers would be keen on watching Test cricket, but are sacrificing the pleasure for lack of time. If a part of a Test is played in the night, at a time when most people are heading back home, it will be beneficial to the viewers in two ways. They can relax and enjoy the Test from the comfort of their home. Alternately, home crowds can make it to the stadium.

Among the many issues raised by those opposed to the concept of Day Night Tests are the colour of the ball, the dew factor, the floodlights, etc. Apparently, it gets very difficult to spot the red ball under lights unlike the white ball, which is more prominently visible. As for the dew factor, according to the critics of Day Night Tests, it takes out the bowlers completely from the game. Finally, there is a view that the quality of floodlights are not good enough yet for Tests. All these facts may have their merits, but it shouldn’t stop the authorities from taking a step forward.

There were question marks over the 50-over format as well when it began as well T20, but both have survived, 50-overs has seen many innovations over the years, so why not with Tests? Remember, the dew factor exists in the shorter format as well, but that hasn’t stopped organisers from holding Day Night games since the crowds flock in watch these matches. The biggest excuse given against Day Night Tests is that it is the most sacrosanct version of the game and hence it mustn’t be altered. But heck, is that a big enough rationale to let the five-day game die?