Former chairman of selectors Sandeep Patel has lashed out at the Indian team for their abject surrender in the Test series in New Zealand. He was particularly disappointed

Former chairman of selectors Sandeep Patel has lashed out at the Indian team for their abject surrender in the Test series in New Zealand. He was particularly disappointed with the manner in which the batsmen failed to adjust to the conditions and came a cropper.

“New Zealand beat us convincingly and it was painful to see our batsmen not playing their natural game. To me, this was beyond comprehension. Doing what comes naturally to you is the only way you can put runs on the board. All of them have played enough cricket to adjust,” a disappointed Patil told mid-day.

Patil added that India's disappointing show did not do justice to its number one tag. “I am aware that teams struggle against us but if you want to be the No.1 team in the world, you have to succeed in all conditions. Are we going to be the No.1 team only at home?" 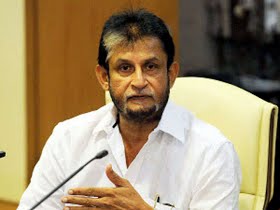 Patil also took a dig at head coach Ravi Shastri, who has been constantly boasting about the team's achievements and downplaying the defeats. "Ravi Shastri will soon come up with a statement and say we have learned our lessons and we will take the positives. But what will happen,” he was further quoted as saying in a mid-day report.

Patil, a member of India's 1983 World Cup-winning squad, felt that India's batsmen were too defensive in their approach, and thus gave an open hand for New Zealand bowlers to dominate, especially the pacers.

“Here, you are prodding, prodding, leaving and leaving more balls and score 10 runs in 70 balls—not acceptable. Not for a moment I am saying be reckless or flashy. You just cannot go into a shell. These guys are brilliant cricketers," Patil went on to add.

India tasted their first series defeat in the World Test Championship as they went down to New Zealand 0-2 in the two-Test series. After losing the first Test by 10 wickets following a dual batting collapse, India went down by seven wickets in the second match as well. The second Test finished inside three days as New Zealand's pacers were all over India.

Indian skipper Virat Kohli had a horror tour overall, managing one just fifty in the T20Is, ODIs, and Tests combined. He managed only 38 runs in four innings in the Test matches with a best of 19. Further, India was bowled out for under 200 in three of their four innings.