Highest 10th wicket partnerships in Test matches for all teams

The Nineteen-year-old Test debutant Ashton Agar hit the highest total for a number 11 during the highest 10th wicket partnership in Test match history with Phil Hughes on a record-breaking day at Trent Bridge, as Australia seized the initiative in the first Ashes Test. 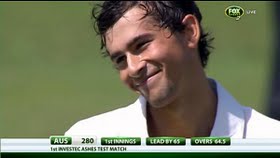