Surrey thrilled to have Virat Kohli playing for the county: Alec Stewart

India captain Virat Kohli will play county cricket for Surrey in June. Kohli will head to the county after the IPL finishes at the end of the month

India captain Virat Kohli will play county cricket for Surrey in June. Kohli will head to the county after the IPL finishes at the end of the month. The Indian captain won’t be part of the one-off Test against Afghanistan to be played in June.

"Surrey county cricket club are delighted to announce the signing of India captain Virat Kohli for the month of June Kohli will be available for all cricket throughout the month until the close of Surrey's trip to Scarborough to face Yorkshire," Surrey County Cricket Club said in a statement released on Thursday.

"It has long been an ambition of mine to play county cricket and I am thankful to Alec Stewart and Surrey for allowing me the opportunity to join them during their 2018 season. I can't wait to get to the Kia Oval,” Virat Kohli was quoted as saying in an NDTV report after the signing. 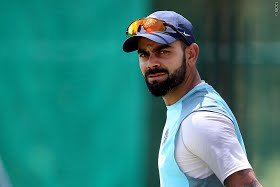 Kohli is the fourth Indian player in county cricket this year.

Alec Stewart, Surrey's Director of Cricket, was quoted as saying in an NDTV report, "We are thrilled to have signed the biggest name in world cricket for the month of June. Playing and training alongside Virat will be a massive benefit for our players who will have the opportunity to learn so much from him.”