Spotlight: How Jayant Yadav has made us eat our words

When Jayant Yadav was chosen for the second Test at Vizag, ahead of the experienced Amit Mishra, many question marks were raised over his selection, including by this writer

When Jayant Yadav was chosen for the second Test at Vizag, ahead of the experienced Amit Mishra, many question marks were raised over his selection, including by this writer. After all, Mishra had only had one poor match, that in the first Test at Rajkot, in which India struggled but somehow managed to save the game. Before that, Mishra was the star performer in the New Zealand ODIs, ending up as the man of the match, and the series. He had formed a formidable spin partnership with Ravichandran Ashwin and Ravindra Jadeja in the previous Test series. As such, even Sunil Gavaskar had termed his axing unfair. 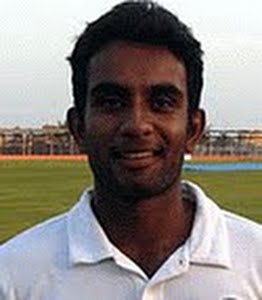 Cut to three Tests later, and Mishra has again been relegated to the confines of the dressing room as a reserve player. This has got less to do with Mishra’s own poor effort, and more with the splendid performances of Yadav. He got a surprise chance, and to his credit grabbed it with both hands, not only with the ball, but with the bat as well. In fact, he has sparkled more with the willow than the cherry, as has been the case with Indian spinners of late. Mishra himself notched up a few fifties when he wasn’t among the wickets.

What has been most impressive about Yadav has been the fact that he has shown maturity beyond his age and experience. Yadav did not come into international cricket on the back of something exceptional in domestic cricket. But, the selectors definitely saw some spark in Yadav to draft him into the national side. And, Yadav has definitely not let him down. In fact, he has only exceeded expectations with his solid performances. Yadav has come in with India under pressure on more than one occasion, and has showed exemplary confidence to pull India out of tough situations.

At Vizag, on debut, he played two crucial knocks of 35 and 27 not out. Both were significant as it gave India the addition cushion of runs. With the ball, he managed the crucial wicket of Moeen Ali in the first innings, and three scalps in the second, as India spun a web around the English batsmen. It was more than enough for Yadav to be retained for Mohali. This time he did even better. He picked up two big wickets of Joe Root and Jonny Bairstow in the first innings. With the bat, he went on to register his maiden fifty in only his second Test. In the second innings, he again claimed two big wickets.

By the time the Mumbai Test came around, Yadav was very much a part of the Indian scheme of things. For the first time, he went wicketless in the first innings, as England posted 400 on the board. But he responded with a fantastic hundred as India replied with 631. When Yadav joined Virat Kohli out in the middle, India were still trailing England. But, they put up such a fine exhibition of batting that England were left wondering in amazement. While Kohli’s effort was still on expected lines, for Yadav to come up with a hundred under the circumstances was something special. If he can maintain the rhythm he has found early in his career, he is definitely one for the future.