When Lara felt embarrassed to be a West Indian cricketer

Brian Lara while delivering the MCC Spirt of Cricket Cowdrey lecture at Lord's suggested that top sides should behave themselves "to ensure that the integrity of the game is upheld", and also felt that it was time batsmen started walking.

Lara also added that while the West Indies had a great side in the 1980s and early 1990s, they were sometimes responsible for embarrassingly unsporting behaviour.

"The highest-ranked team in the world has the responsibility to ensure that the integrity of the game is upheld every single time they play. And that the spirit of cricket is with them every time they enter the field,” Lara said at the lecture. 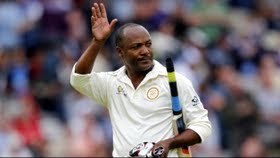 Speaking about how he felt let-down by some heroes, Lara added, "I grew up at a time when West Indies dominated the world. For 15 years from 1980, the West Indies never lost a Test series. And just before that, Colin Croft decided he was going to take a piece out of Fred Goodall's shoulder and ran into him during a Test Match. Michael Holding decided he was no longer a cricketer, he was a footballer and he kicked a stump. I'm sure the occurrences during that period had a big effect on cricket."

Lara also recalled some events during the 1990 series against England as ‘disturbing’ and ‘one of the saddest moments in the world’. "Everyone said England had no chance. But they won in Jamaica and, in Trinidad, even after rain, had ample time to chase down a small total. I had never seen groundsmen and officials fight for Man of the Match. They moved lethargic, slow. If there was a wet spot someone went off the field, they came back with nothing in their hands, they took their time to ensure this game was not going to start any time soon.

"Eventually, it started with a couple of hours to go and England still had time. We bowled, in one hour, seven overs. It was dark and Graham Gooch had to call his troops from the field and West Indies grabbed a draw.

"This is maybe the most embarrassing moment for me as a young West Indian, watching a West Indies team time-wasting, playing the game in a way it should never, ever be played.

"I was 12th man. I was very, very guilty. I was running out with laces, a banana, water, cough tablets, all sorts of things in that last hour. It was truly embarrassing.”