IND vs SL 2nd T20 Live Scores, Preview: Although India went into the series as favourites, the result should not be outright surprising as T20 is one format where it is easier for any team to beat a strong opponent.

That cricket is a game of glorious uncertainties is an old adage. But, Sri Lanka proved the golden words true once again as they trounced the rampant Indians with a highly inexperienced side. Although India went into the series as favourites, the result should not be outright surprising as T20 is one format where it is easier for any team to beat a strong opponent. The short duration of the T20 version is such that a couple of good performances and some good luck can prove to be match-winning. This is what explains Zimbabwe beating Australia and Netherlands getting the better of England in recent years. As for India, the Pune loss should be viewed as an eye opener. 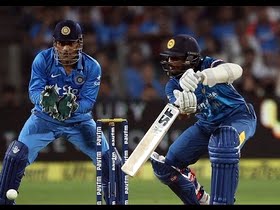 India faltered at Pune because their form batsmen were found out under the conditions. Coming from Australia, where the ball was nicely coming on to the bat, they suddenly couldn't decipher the ball stopping and coming on. The conditions are expected to be more Indian at Ranchi. Even so, India will have to bat well to ensure that they stay alive in the series, a possibility that seemed distinctly remote just a game back. While the whole of Indian batting, barring Ravichandran Ashwin struggled in Pune, Ajinkya Rahane would be under pressure to keep his place in the team. It remains to be seen whether India go in with Manish Pandey in the do-or-die encounter.

There are two ways India can look at the Pune performance -- one, as an overconfident side being brought down to earth, and other as just one bad game where nothing went right. Utilising the latter would however give the wrong impression for India indeed showed lots of signs of recklessness as they kept losing wickets to rash strokes. Yes, they cannot be too slow as this is, after all, a fast-paced T20. Also, the conditions at Ranchi may not be as tough for batsmen as they were at Pune. Even so, India's batsmen must judge the pitch better and play accordingly. In the absence of Virat Kohli, there will be increased responsibility on Rohit Sharma, Shikhar Dhawan and Suresh Raina.

One of the biggest worries for India going into the Ranchi encounter would be continually poor form of their skipper MS Dhoni. The veteran did come up with a breezy cameo in Australia, but such performances have been far and few in between in recent times. Too often he has been part of a shocking batting collapse. Dhoni is definitely past his best, but he would like to turn the clock back at his home ground. India's bowling was rather impressive in Pune, and the only reason they couldn't defend the score was because the batsmen did not give them enough. As such, changes should not be expected. Having said that, Harbhajan Singh has been benched for a number of games now and it is perhaps time he gets a look in.

Sri Lanka have nothing to lose really. They were sensational at Pune. The pacers in particular gave the Indian bowlers a tough time. Kasun Rajitha was superb on debut, and caught the Indians off-guard. The entire Sri Lankan bowling was impressive with Dasun Shanaka unsettling the Indians with his nippy pace, and Dushmantha Chameera also chipping in with a fruitful performance. The bowlers will find it tougher at Ranchi so the challenge will definitely be greater for them. Sri Lanka's batting also suffered under tough conditions, but with Tillakaratne Dilshan expected to be fit for the Ranchi game, Lanka will be stronger. They shouldn't look to do much different from what they did at Pune.