Uthura Rudras defeated Basnahira Cricket Dundee by 4 wickets with four balls to spare in the Sri Lanka Premier League Match at Pallekele on Tuesday night. Rudras had pulled off a stunning victory from the jaws of defeat. This is now only the first win for the Jehan Mubarak led team in as many as five matches!

Batting first after winning the toss, Basnahira Cricket Dundee posted a moderate total of 150 for 6. The top scorer of the BCD innings was the 22-year-old Rilee Rossouw, who got 44 from 37 balls (with 3 fours and 2 sixes). For the Uthura Rudras, South African seamer Dillon du Preez was the pick of the bowlers with figures of 4-0-17-1. 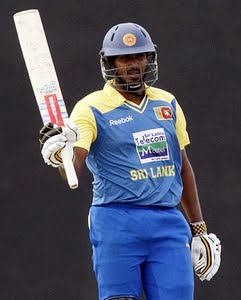 Uthura Rudras needing 151 from 20 overs were heading towards a defeat when they slipped to 86 for 6 in the 14th over. However, Chamara Kapugedera pulled off a magical knock of 69* (from 42 balls with 2 fours and as many as 5 sixes) to steer Rudras home. Kapugedera got able support from Dillon du Preez, who got an unbeaten 21 (from 14 balls). The two players put up an unbroken stand of 70 runs for the 7th wicket. The Man of the Match was obviously Chamara Kapugedera for his outstanding knock.