Big-hitting all-rounder Albie Morkel has been added to the South African One Day Squad following an injury to batsman Dean Elgar. The 30-year-old Albie Morkel had last played for South Africa in November 2010. The all-rounder hasn’t lived to his true potential at the international level yet with a modest batting average of 22.63 and 50 wickets in the 51 ODIs he has played for the Proteas since making his debut way back in 2004. 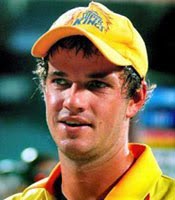 Dean Elgar who was earlier picked in the place of David Miller in the South African team is out of action with a knee injury that he sustained during a domestic match. The 24-year-old Elgar therefore missed out on a possible international debut because of this injury.

The One Day Series between South Africa and Sri Lanka will begin on the 11th of this month at Paarl. Here is South Africa’s revised ODI Squad for the first two matches :