So many retirements this year

Ricky Ponting’s decision to quit from the game after the Perth Test did not come as surprise to anybody, but it did add to the long list of veterans who bid good bye to the game this year. 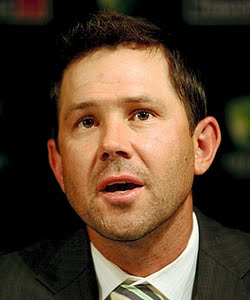 Ricky Ponting’s decision to quit from the game after the Perth Test did not come as surprise to anybody, but it did add to the long list of veterans who bid good bye to the game this year. Ponting will quit the game having played 375 ODIs scoring 13704 runs and 168 Tests, scoring over 13000 runs again. He has 41 Test hundreds and 30 in ODIs, enough to term him an all-round great. Punter’s contribution to Australia however goes beyond numbers. His role in taking the Aussies to the top of world cricket cannot be judged solely by numbers. Here’s a look at some other big names who quit the sport ahead of Ponting.

Rahul Dravid: The Indian number three decided to hang up his boots following a disastrous outing Down Under. He excelled in England when India were thumped 3-0, but could not repeat his heroics in Australia. Dravid still ended with excellent career numbers. 164 Tests, 132888 runs at an average of 52.31 with 36 hundreds. His ODI figures weren’t bad either. Over 10000 runs in 344 games averaging over 39 with 12 hundreds. Not many can boast of a record that great!

VVS Laxman: Like Dravid , Laxman also quit following an unbelievably bad series in Australia, only the announcement came a little later under bizarre circumstances. Australia was the land where Laxman enjoyed his batting and most, and optimists were hopeful of him returning to form against his favourite opponents. It wasn’t to be though. The man whose magical 281 will be etched in our memories forever ended with 134 Tests in which he scored 8781 runs at an average of a shade under 46. Each of his 17 hundreds were special for Laxman always scored a ton when India needed one.

Andrew Strauss: The former England skipper ended his career with exactly a 100 Tests, but it was a far from memorable exit – losing the Test to South Africa atLord’s, and with it the team also lost its number one status. In spite of the sad exit, the left-hander would be remembered as one of England’s finest players. In 100 Tests that he played, Strauss amassed 7037 runs at an average of 40.91 with 21 hundreds. He had a reasonable ODI record as well, with 4205 runs in127 games at an average of 35.63, which also included six hundreds.

Mark Boucher: The tour to England was to be Boucher’s swansong. Cruelly, a severe eye injury in a practice game ended his career prematurely. The little man who kept wickets for South Africa for a decade and a half played 147 Tests, picking up 532 catches and effecting 23 stumpings. He was handy bat as well, scoring over 5000 runs with five centuries. In ODIs, he held 403 catches and managed 22 stumpings. Boucher gathered 4686 runs in one-dayers with one century and 26 fifties.

Brett Lee: Having retired from Tests in 2010, Lee retired from all cricket in July this year. The Aussie spearhead represented his nation in 221 ODIs and scalped 380 wickets at an average of 23.36 with five-wicket hauls. He was handy with the bat as well, scoring three fifties, but was mostly out of the side owing to injuries in recent times, and made the sensible decision to walk away.