The Australia Test batsman Phil Hughes passed away after suffering a severe head injury.The 25-year-old collapsed after being struck on the side of the head by a Sean Abbott delivery and was stretchered from the ground. He was undergoing surgery and was in a critical condition.Hughes played 26 Tests for Australia and scored three centuries, and he appeared a strong chance to win a recall for next week's first Test against India at the Gabba, with Clarke expected to be ruled out due to injury. Hughes first emerged as an international cricketer on the 2009 tour of South Africa, where at the age of 20 in Durban he became the youngest man ever to score two centuries in a Test. 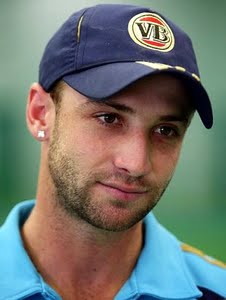