Former India cricketer Sanjay Bangar announced his retirement from first-class cricket after a career that lasted nearly two decades. Even though Bangar could have played a lot more for India than the 12 Tests and 15 ODIs he eventually ended up with, he did leave a significant mark on Indian cricket even in that short span.

Former India cricketer Sanjay Bangar announced his retirement from first-class cricket after a career that lasted nearly two decades. Even though Bangar could have played a lot more for India than the 12 Tests and 15 ODIs he eventually ended up with, he did leave a significant mark on Indian cricket even in that short span. And so, as one of the giants of domestic cricket bids goodbye to the game, we look back at two of his best performances in international cricket.

68 at Headingley, Leeds 2002 (3rd Test versus England): This was unarguably his most competent performance in international cricket, one that came under the most trying of circumstances. Remember India went into his game with two makeshift openers, Bangar being one and Virender Sehwag the other. Opening the batting is a tough task for even a regular opener. Remember even VVS Laxman refused to open the innings at the international level after consistent failures. Bangar took up the challenge; of course he must have been forced to since that was the only way he could have made his way into the playing XI. In a sense, he was given a dirty task, that of seeing off the new ball, and making things easier for the middle order. Nothing more was expected of the moderately talented Bangar. 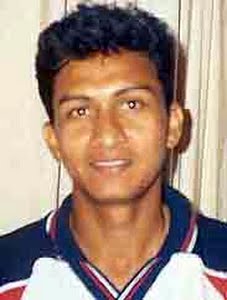 To his credit, Bangar rose to the humongous challenge and delivered more than what was expected of him. India decided to bat first under seamer-friendly conditions, and the task got even more difficult following the early dismissal of Sehwag. Bangar and Dravid then featured in what was, in a sense, the partnership of the series. They added 170 for the second wicket, and while Bangar’s eventual contribution to the Indian score was 68, it was the amount of time he spent at the crease was most precious. The Railways batsman applied the crease for 296 minutes and faced 236 balls during his elongated stay. The rewards of Bangar’s hard work were reaped by the Indian middle-order. While Dravid contributed 148, Sachin Tendulkar made 193 and Sourav Ganguly also notched up a hundred. India went on to make history, winning the Test and Bangarearned a permanent place for himself in the annals of Indian cricket.

57 not out, Motera 2002 (4th ODI vs West Indies): This was an extremely uncharacteristic innings by Bangar. Unlike his dogged knock at Headingley, here he had to go after every ball as India were chasing a huge target. Batting first, West Indies blasted their way to 324 on the back of Chris Gayle’s 140 and Ramnaresh Sarwan’s unbeaten 99. In reply, India were in more than a spot of bother at 231/5 in the 38th over. West Indies were clear favourites from that point since Dravid was fighting a lone batting, and Bangar was not known for his big hitting exploits. Out of the blue however, Bangar slammed 57 in 41 deliveries with the help of five fours and two sixes. It was an assault that left the West Indians and, possibly even the Indians, stunned as the hosts got home with more than two overs to spare. Dravid remained unbeaten on 109 but, on the day, Bangar was the real hero.