India captain Rohit Sharma on Friday said that biggest positive for India from the ODI series against West Indies was the performance of the bowling unit. Defending a total of 265 in the third and final ODI, India bowled out West Indies for 169. Prasidh Krishna and Mohammed Siraj claimed three wickets each while Deepak Chahar and Kuldeep Yadav also claimed a couple of wickets apiece.

Speaking after India’s 3-0 thrashing of West Indies, Rohit said at the post-match press conference, "The biggest positive was obviously our bowling unit. The bowling unit, if I have to differentiate, the fast bowlers and the spinners, they did a great job in this particular series. Along with Prasidh (Krishna), (Mohammed) Siraj was outstanding the way he bowled, with a lot of pace again, with the new ball and in the middle. 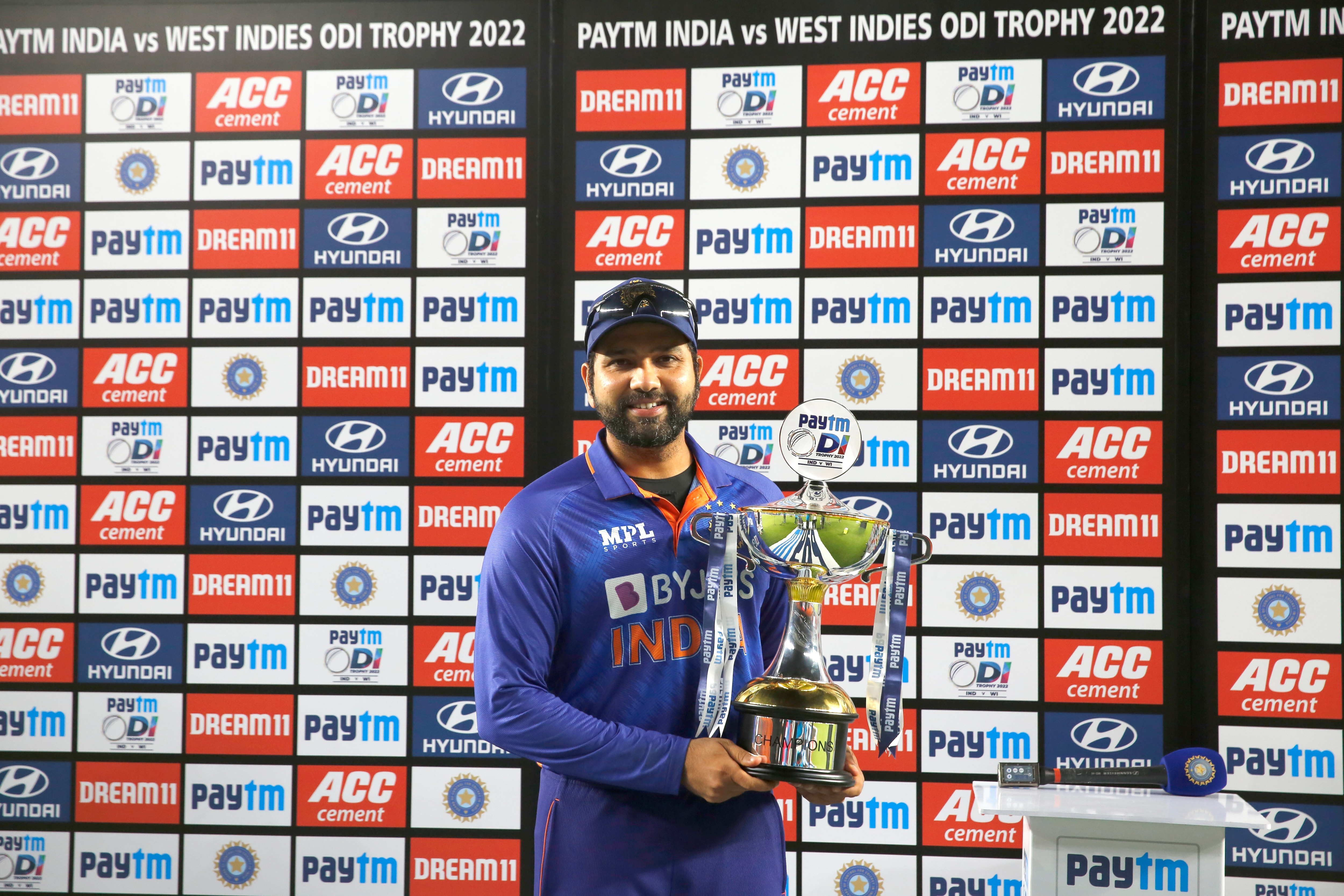 He added, "Shardul (Thakur) played a couple of games, he bowled well in the middle and got one opportunity with the new ball and Deepak (Chahar), was very impressed with his skills as well, the way he swung the ball.”

Rohit was particularly impressed with Prasidh Krishna, who was named man of the series for claiming nine wickets in three matches. The 34-year-old added, “Certainly he has impressed everyone with his bowling in this particular series. We were looking for someone like him to come out and bowl those overs in the middle and get us those breakthroughs, and we saw that clearly, the way he bowled in the last two games, with a lot of pace. We could see that he was getting something out of the pitch as well.

"From the team's perspective, it is a good sign that he was able to come out and do that. He is definitely a prospect for the future. What we were worried about was the fact that, how we challenge in the middle overs, but our middle order batting in this series was very good.”

Continuing with his thoughts on the team’s batting, he said the players batted according to the conditions. Rohit explained, “We had spoken about it for a long time that middle order does not get too many opportunities because the top three bat, but in this series, middle order batted well.”

Rohit also dismissed suggestions of concerns over Virat Kohli’s form. Asked about his low run of scores, the current skipper said about his predecessor, "Virat Kohli ko confidence ki zaroorat hai? Kya baat kar rahe ho yaar. It is a different matter that he did not get a hundred, but in the series against South Africa, he scored two half centuries in three games.”