Sri Lanka lost a great opportunity to clinch series Down Under

If anybody would have told Mahela Jayawardene at the start of the series that the five-match ODI contest against Australia would end in a 2-2 draw, the Sri Lankan captain would have been extremely pleased, especially after the drubbing they were handed out in the Tests.

If anybody would have told Mahela Jayawardene at the start of the series that the five-match ODI contest against Australia would end in a 2-2 draw, the Sri Lankan captain would have been extremely pleased, especially after the drubbing they were handed out in the Tests. However, considering the scenario under which they went into the fifth and final clash at Hobart, having won the previous two games with comparative ease, and the Australian batsmen struggling to deal with their pace bowlers, the visitors would have been disappointed with the end result. The loss at Hobart was actually a missed opportunity for them. They had the Aussies on the mat going into the game, but failed to keep them down. 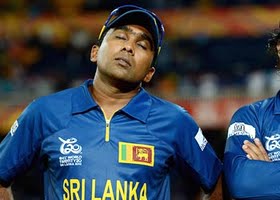 Of course, the Sri Lankans would have felt let down by the controversial manner in which the fourth ODI was abandoned. Having got the Aussies out cheaply again, they would have been confident of chasing down the target at Sydney. However, that was not something which was in their hands. In spite of feeling hard done by, they had to focus all over again on the game at hand, but failed to do the same. As a result of Lanka’s below par effort, Australia managed to fight back and square a series, which in the end was an unfair reflection on how well the Asian side had performed during the series.

With the backs to the wall, the Aussies were always expected to fight back at Hobart. And they did the same with great heart. It wasn’t a convincing performance by any stretch of the imagination, but they pulled together well as a team and, in the end, had enough in the bank to outclass the challenging visitors and restore their pride. The move to get Matthew Wade to open the innings and send in Phillip Hughes one down was a brave one, but it worked to perfection for the Aussies. While the wicket-keeper couldn’t make good use of his chance, Hughes played a mature knock, his century ensuring the Aussies had a fighting total.

The hosts would have been disappointed with the performance of their other batsmen. David Warner, George Bailey (leading in the absence of Michael Clarke) and Glenn Maxwell all failed to support Hughes. It was only David Hussey who hung around with him and ensured that Australia did not collapse like in the previous clashes. The Lankan bowling was slightly on the wayward side at Hobart, with Nuwan Kulasekara and Lasith Malinga not being as effective as they had been in the earlier matches.

Lanka’s best opportunity to clinch the series was by having a good start with the bat while chasing. Jayawardene and Tillakaratne Dishan began on a promising, but they couldn’t stay on long enough for the visitors to feel comfortable. Once the duo departed, the Australian bowlers did very well to keep up the pressure on the batsmen. Xavier Doherty, Mitchell Johnson and Moises Henriques were particularly impressive as they kept gobbling up Lankan wickets. Angelo Mathews’ fighting half-century was the only ray of hope for the visitors. But, as they have done in the past, Lanka couldn’t cling on to it.