With the 2015 edition of the Ashes just a couple of days away, we look at five significant moments in the history of the traditional rivalry

With the 2015 edition of the Ashes just a couple of days away, we look at five significant moments in the history of the traditional rivalry.

Shane Warne's ball of the century: Thefirst Test of the 1993 series was played at Old Trafford. This was the venue at which Aussie great Shane Warne announced himself on the big stage. Mike Gatting, one of the best players of spin England had produced, was facing up to Warne, when he was completely befuddled by the young spinner's mastery. Warne got one to pitch on leg stump, but the ball hit a rough patch, and turned unimaginably to completely beat Gatting's defence, and hit the off bail. Even as Warne and the Aussies erupted in joy, Gatting couldn't believe what had transpired. He hung around for a while at the crease, and even cross-checked with the umpire whether he was out. He indeed was.

The Flintoff moment at Edgbaston: The 2005 Ashes was progressing like any other tournament between the two sides when the teams headed to Edgbaston for the second Test. Australia, as they usually do, had won the first Test of the series, and were looking to go 2-0 up. Chasing 282, however, their middle-order collapsed. But, Australia never go down without a fight. Shane Warne batted with defiance to make a crucial 42. And, post his dismissal, Brett Lee and Michael Kasprowicz added 59 for the last wicket. Australia were within two runs of victory when Kasprowicz was caught behind. The whole of England celebrated, but Andrew Flintoff went down on his knees to console Lee in what became the portrait of the 2005 edition. 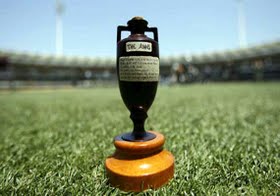 Kevin Pietersen's Ashes moment: The 2005 event produced another pulsating encounter, that at The Oval. England were 2-1 up in the series, but needed to bat out the last day to ensure a series up. The top and middle order collapsed as usual, but Kevin Pietersen stepped up, and came up with a brilliant counter-attacking century. His knock not only signalled the arrival of a great, but also helped England clinch one of their most famous Ashes wins. Pietersen's knock left Australia with 341 to get in 19 overs, improbable even by their standards.

Basil D'Oliveira historic ton: The Basil D'Oliveira story is one of the most intriguing ones in sporting history. Having captained the South African non-white cricket team during apartheid, he shifted base to England in the 60s. He made his England debut against West Indies in 1966, and was picked to play the 1986 Ashes. D'Oliveira was picked at the last moment for the Oval Test, and made a spectacular 158. Following this historic knock, he was even picked for the South Africa tour. However, the English cricket team were barred from playing due to D'Oliveira's selection. The fight against apartheid actually began after this.

Botham's Ashes: A feature on Ashes special is incomplete without the mention of Ian Botham, and the contribution he made in 1981. In the third Test at Headingley, England were following on. Australia seemed all set to go 2-0 up in the series. Botham however blasted 149, which meant Australia had to bat again. The target wasn't a huge one, but inspired by Botham, Bob Willis came out, and bowled with all his fury. Australia were sent packing for 111, and England had completed one of the greatest comebacks in the Ashes.