Board of Control for Cricket in India (BCCI) president Sourav Ganguly is least surprised over Australian speedster Pat Cummins becoming the costliest buy at the Indian Premier League (IPL) 2020 auction. The Aussie pacer was purchased by Kolkata Knight Riders for Rs 15.5 crore on Thursday.

Speaking about the same, former India skipper Ganguly explained at an event in Kolkata, “No, I don’t think (Cummins’ price is high). It has a lot to do with the demand. Especially these small auctions bringing players in go after go. Ben Stokes became a part of this small auction and that’s why his value went off the roof of Rs 14 crore.” 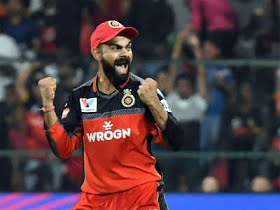 Cummins is also the second costliest player in the history of IPL auctions. Former India all-rounder Yuvraj Singh is the only player ahead of him in the list. Yuvraj was purchased by Delhi Daredevils for Rs 16 crore. Among the next big buys, Australian all-rounder Glenn Maxwell was purchased for Rs 10.75 crore by Kings XI Punjab while Chris Morris headed to Royal Challengers Bangalore for Rs 10 crore.

Meanwhile, Royal Challengers Bangalore captain Virat Kohli stated that he was happy with the purchases made by the franchise. RCB picked up big names like Chris Morris, Aaron Finch and Dale Steyn at the auction.

“I am very happy with the players that we have selected and really looking forward to the new season. We’ve had a lot of discussions on the structure and balance of the team and this looks like a good start for us. I believe it all comes down to every individual to give out their best performance during the league and to enjoy the best form of cricket by playing bold,” Kohli was quoted as saying in a PTI report.